Why I Love Drake 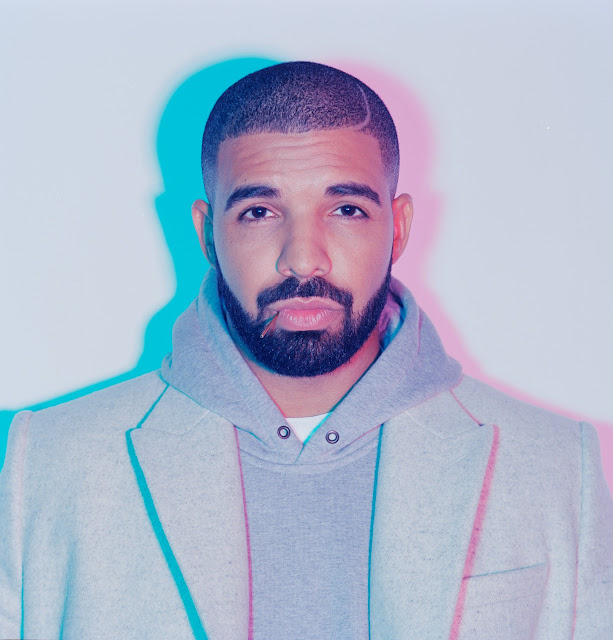 Rap used to be obsessed with crime, misogyny, homophobia and worse. You could not call yourself a credible rapper if you were not a terrible human being. Some people suggest that the problems Drake talks about on his songs are not really problems. "He's rich! What does he have to whine about?" First, he doesn't whine, he combines beautiful singing with the best flow around. Second, Drake's problems are the kind of problems that everybody faces: love, depression and the struggle to get through life alive. Why isn't that enough? Why does a black man automatically have to live up to a stereotype of being God fearing, brutish and stupid? Why can't a black man be concerned with what everybody else is? Why does a black man have to sing about the ghetto and gun violence?

That people disregard these issues as having no artistic merit says a lot for the fetish in Rap to prize the grimiest, dullest, most aggressive motherfuckers around. Let's compare Drake with another rapper some claim to be the best working, Eminem. While he has had moments of real wit, Eminem is mostly obsessed with how he sees himself: as a genius who believes that every thought that wanders through his head should be committed to record. He takes some considerable joy in expressing his hatred for his ex-wife, thinking up many creative ways to murder her. His words on anything related to homosexuality or trans-gender issues results in verses like this one:

"My words are like a dagger with a jagged edge
That will stab you in the head
Whether you're a fag or les'
Or the homo-sex, hermaph', or a trans'a'vest'
Pants or dress, hate fags? the answer's "yes"
Homophobic? nah, you're just hetero phobic"

Wow, what deep insight huh? And don't even bother getting into the irony defense or the "In his heart he's not a bigot" argument. When he sat down to write a song, he felt the need to express his disgust at people who didn't look like him. I thought Rap was supposed to elevate us, no? I thought it was supposed to unify us and help us make our way through life. And unlike another violent rapper, Tyler The Creator, Marshall can't produce for shit. Muddy, sloggy and boring production held up by his reputation as one of the few white people who can rap. At least Tyler makes sounds that push the genre forward, even as his obsession with playing the character of a dullard make actually listening to his music difficult at times.

Drake is not afraid to sing, switch into a Rap and back into a sweet melody. Thank Kanye for making this acceptable and sought after in the genre, but equally thank Drake for perfecting it. He is not afraid to make music that is honest, beautiful and inspirational. He doesn't give a fuck about being seen as hard or criminal. He is at the top of the new Rap and the new R&B, in throwing aside unhelpful genre tropes and giving everyone a lesson in growing up. There is no hate in Drake's heart or his pen. Even when Drake attacks other rappers, he does so by building himself up - by turning in immaculate verses - not by threatening them with death by a Glock or a drive by. That doesn't mean there isn't catharsis, as some use as an excuse to appeal to the bottom of our human impulses. It just means that that catharsis comes with a brain.

"You won’t feel me until everybody
Say they love you, but it’s not love
And your suit is oxblood
And the girl you fucking hates you
And your friends faded off shots of
What you ordered to forget about the game that you on top of
Your famous girlfriend's ass keep getting thicker than a plot does
And when you forget it, that's when she pop up
And you got a drop but you ride around with the top up
Or get three SUVs for niggas dressed like refugees
And deal with the questions about all your excessive needs
And you do dinners at French Laundry in Napa Valley
Scallops and glasses of Dolce, that shit's right up your alley
You see a girl and you ask about her
Bitches smiling at you, it must be happy hour
They put the cloth across your lap soon as you sat down
It’s feeling like you own every place you choose to be at now
Walking through airport security with your hat down
Instead of getting a pat down, they just keep on
Saying that they feel you, nigga

Lyrically, I don't think there's a better rapper/R&B artist working. An objection expected: what about Kendrick? Kendrick is good, don't get me wrong. His attempts at deep thinking though appear to get stuck at the "I believe in God! That's deep!" stage. This along with some general concerns about racism and poverty do not automatically result in complex and compelling lyrics. Look at his latest album Damn, which has been very successful commercially and critically and find an oddly barren musical landscape. Apart from the brilliant track Love, there is little that staggers with its beauty in a way similar to listening to say Marvin's Room or Feel No Ways or the sublime Hold On We're Going Home. Blame this perhaps on Drake's understanding of good melody, and Kendrick's utter lack of feeling for the other side of the genre divide between Rap and R&B. Purists may prefer Kendrick for just this reason, but it betrays a musical view that is insular and regressive. Give me Rap with so much R&B that you can't tell which is which. Who gives a shit if Kendrick can "beat" Drake in a freestyle? Who has the better production and sweet sweet hooks? Hint: it's not Kendrick.

Before I go, we can't talk about Drake and not mention The Weeknd. Abel and Drake have collaborated on five songs: Crew Love, Practice, The Ride, The Zone and Live For. With the exception of Practice, which The Weeknd co-wrote, each of these tracks showcase both OVO and XO as two of the most potent outfits on the planet. Drake's rapping perfectly complements Abel's stunning vocals, with incisive and staggeringly on point lyrics. My favourite verse comes from the underrated, should have been a hit Live For.

THIS is why I love Drake. Yeah you've got smart, witty turns of phrase but you've also got a powerful, life affirming feeling. This is the music that keeps me human and keeps me going. Adversity can get to fuck. Depression can get fucked. Fuck. This is Rap at its highest level of artistry. This is music that reaches out. It isn't insular or dependent on belonging to one club or another. This is Rap for every woman, man or transgender individual. Do like Drake does in the Hotline Bling video: let your old shit go, embrace your own beauty and dance like a crazy fucker.