Why I Love The Rocky Horror Picture Show 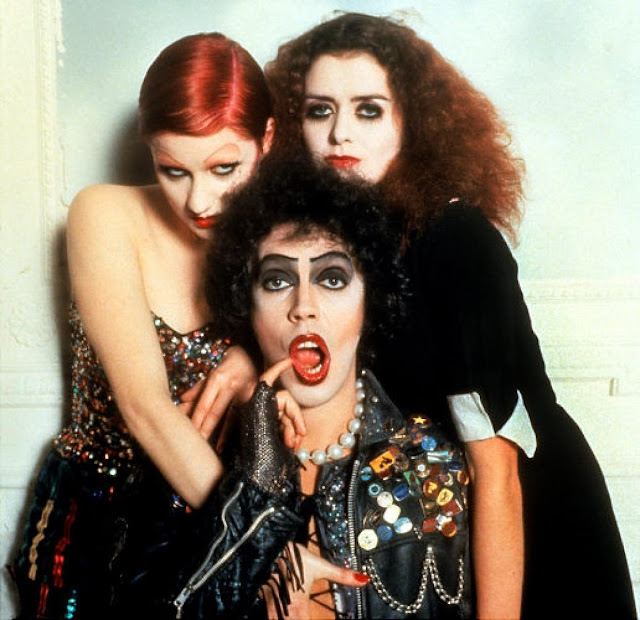 I don't believe that sexuality is a binary thing. I know it is popular to say you are straight or gay but much like gender, I don't believe that people can be so easily placed into a this or that box. I am (mostly) heterosexual. I have however found men to be beautiful, sexual and appealing. When I was younger I was very hung up by my sexuality. Two things help me make sense of it. The first was Prince. The second was The Rocky Horror Picture Show.

This is a common thing for people to admit of course. I am not saying that I am unique in this and as already mentioned, my (mostly) heterosexuality did not mark me out as being all that different from my peers. At least not in the sense of liking women. When the show started in 1973 it acted as confirmation of the fluidity of gender and sexuality for all of those at risk people, who had to suffer through years of bullying and harassment for being nothing more than themselves. It's also perhaps the musical with the most pure joy and elation. It combines satire with comedy and a loving tribute to Horror and Science Fiction movies. It also actually manages to BE those things. This is not a swipe at those lovely genres. It is an attempt to reproduce what made those movies so important as escapism, as pure entertainment and yes as social commentary. All pushed through immediately thrilling Rock N Roll.

Rocky Horror's deeper meaning can be summed up in the line "Don't dream it, be it." It is a rallying cry for all of the conflicted souls who can't decide whether to try to fit in, or to be themselves. Most of the songs in the film are hopeful for the future and support the feeling that better times are coming. Take Over At The Frankenstein Place. "The darkness must go down the river of night's dreaming. Flow Morpheus slow, let the sun and light come streaming into my life." Tomorrow will be better.

Richard O'Brien was wisely given three big songs and each of them show his ability to be wistful as fuck. The opening Science Fiction Double Feature is perhaps the most beautiful of the entire musical. It recalls a time that we may not have experienced first hand, but gets to emotions that we have all felt. The film has a nostalgic quality for sure and takes from many sources, but it should not be called a pastiche. It has its own unique voice and goes to great lengths to make as much a mark on the sources it borrows from, as they have made on Rocky Horror. 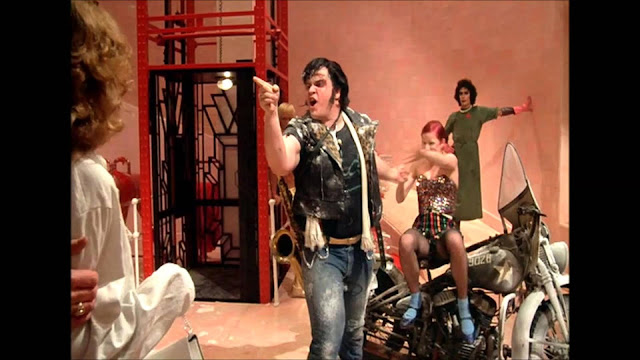 This is human music. This is remembering the first thrill you got from a girl or a boy and how that shaped your life. Take these lines from Meatloaf's roller-coaster of a song, Hot Patootie and see what I mean:

"My head used to swim from the perfume I smelt
My hand's kinda fumbled with her white plastic belt
I'd taste her baby pink lipstick and that's when I'd melt
She'd whisper in my ear tonight she really was mine
Get back in front put some hair-oil on
Buddy Holly was singing his very last song
With your arms around you girl you try to sing along
You felt pretty good
Really had a good time."

That is EVERYTHING that makes Rock N Roll the music of sex, love and dancing. That Buddy Holly line throws a melancholic tragic vibe and perfectly encapsulates the beauty and sadness in a time of your life that can never come back around again. Remembering it though is nearly as good. Even if you never felt that potent attraction to someone, you are made to feel it through the power of the music.

Frank-N-Furter dies because he is too free. I'm Going Home, Tim Curry's closing and best performance of the movie, is also the saddest. Even his own people don't truly understand him. He is though, a few murders aside, a figure of liberation and love unrestrained by the boundaries of gender. Hell, one thinks it likely that he might not even be limited by the boundaries of species. When he dies he leaves behind people who are more lost than they were when they began. Without his guiding hand, there seems little purpose to life anymore. Frank is a kind of Christ figure, I suppose. He has opened the eyes of everyone he met. He died for whatever sin there is in being yourself, wholly and absolutely. There is some hope that perhaps with time they can adjust to their new lives.

I don't believe that you are straight or gay. I don't believe that sexuality and love are binary choices. I am happy in my ability to be able to be with a man or a woman, or a transgender individual. That has been a subject of my pride in my lowly body for much of my life. I try to help others who are befuddled and worried by their sexuality through my writing and my recommendations. The number one recommendation, as obvious as it may be will always be The Rocky Horror Picture Show.