Why I Love Bayley 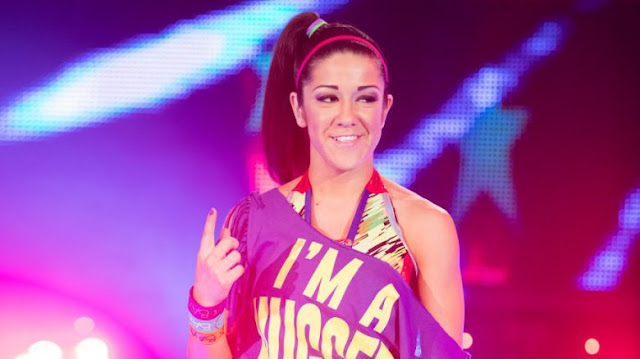 Bayley is the best pure babyface since John Cena and Hulk Hogan. She has an uncanny ability to inspire hope in her fans. She is as natural and talented as anyone. She is truly special. When I was at my sickest, I had no hope for the future. Watching Bayley perform with Sasha Banks not only gave me the best wrestling experience of my life, but made me feel that there was a future for me.

Wrestling at its best is as potent, transformative and inspiring as any other artform or media. Don't believe the snobs. This is not low down trash for plebs. This is all of the hopes and fears in life expressed in gorgeous physical synchronicity. I am a feminist, I hope, so I don't say this with a condescending dog riding a bicycle attitude. I have never been prouder of any wrestler than I am of Bayley. She has, along with the great Charlotte Flair, Becky Lynch and Sasha Banks, transformed women's wrestling. These incredible talents have taken something that was denigrated beyond belief and turned it into the best thing going today. No-one can compete with the brilliance of the Iron Man Match at NXT Takeover Respect, not even the best men working.That says a lot about the quality and chemistry Bayley and Sasha possess.

Bayley is the quintessential underdog, because of her gender, because of her character and because she is not a glorified lingerie model. (I do however find her eminently attractive and lovable.) She is a real woman with a real body.  There is nothing false about her. Compare her with Hogan: she doesn't do a lot in the ring but what she does do means a lot. Like Hogan's big boot and leg drop, there is a glorious purity to her in ring work. The Bayley to Belly Suplex has to be the best name to any finisher!

Let's talk about that Iron Man match for a bit. It's really something huh? For those who never believed in themselves, believe in Bayley. She will reach the mountaintop for you. She will overcome her weaknesses and fight to secure her future as one of the all time greats. It is as Joseph Campbell would agree, the hero's journey. Jim Ross called Jeff Hardy's jumping off his brother Matt, Poetry in Motion. This is how I feel about everything Bayley does. There is such heart and depth of feeling in what she does. She makes you feel like you're there with her, fighting alongside. Sasha fakes a hug and goes for the hair. As a heel, Sasha is a perfect enemy for Bayley. Bayley wants to love Sasha but Sasha just won't let her. Take the superior storytelling that goes on in the match. No preamble is required. Just watch the match and understand intimately the struggle of the hero and the devious tactics of the villain. My mother watched the match and loved it. If my mother loves it, you know it's great. It is an epic. A staggering achievement in physical art and performance.

Watching Bayley succeed at WrestleMania was a dream come true. I am so proud of her success and the deep emotional connection she has with the audience. A lot of people will doubt her ability and much like John Cena, probably turn on her in that disgusting, snarky and pretentious way that some wrestling fans think passes for intelligence and savvy. But that will not stop her. She is the real deal. She will raise a generation of new wrestling fans who have no prejudice in their hearts. She is the future of the artform.