Why I Love Astral Weeks 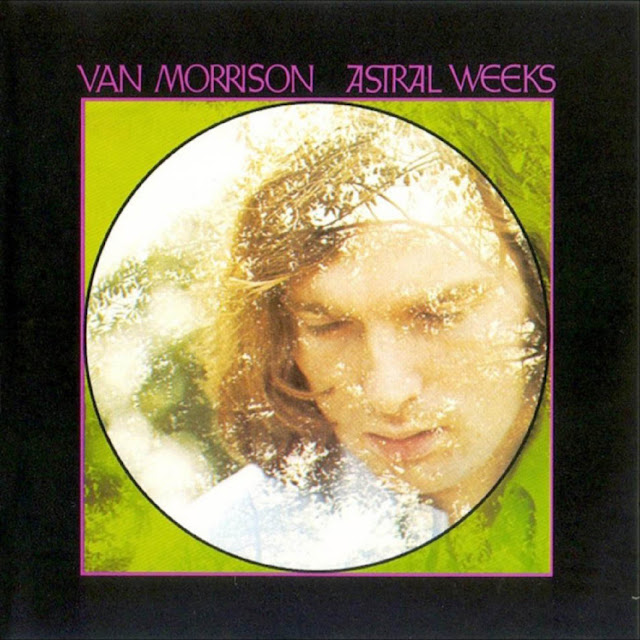 "If I ventured in the slipstream
Between the viaducts of your dream
Where immobile steel rims crack
And the ditch in the back roads stop
Could you find me?
Would you kiss-a my eyes?
To lay me down
In silence easy
To be born again
To be born again."

Astral Weeks is the best album of the 1960s. A bold claim I know, but please let me continue. Astral Weeks is technically the second album by Irish fellow Van Morrison, but all right thinking people consider it his proper debut. In it he lays out a musical manifesto for a new kind of music. Gloriously rambling, transcendental travelogues with a Jazzy verve. Astral Weeks was released in 1968, and has a lot of top competition for the top spot of that year, let alone the decade. Other notable albums that year include White Light/White Heat by the Velvet Underground, The Dock of the Bay by Otis Redding, Song To a Seagull by Joni Mitchell, Bookends by Simon & Garfunkel, Odessey and Oracle by The Zombies, and the classic live album At Folsom Prison by Johnny Cash. And that's just up to May. Phew. I believe though that Astral Weeks is the better album on every count, on its gorgeous winding melodies, on its earthy and wondrous production, on its musical construction, and on its vocal performance.

Let's start with the basics. Astral Week is what may be called a concept album. It takes themes and runs them through the entire length of the LP. It is the musical equivalent of another great work of an Irishman, Ulysses by James Joyce. It travels along from one place to another, telling the tales that occur on the road. "Well, I'm caught one more time up on Cyprus Avenue. Caught one more time up on Cyprus Avenue and I'm conquered in a car seat, nothing that I can do. I may go crazy before that mansion on the hill. I may go crazy before that mansion on the hill but my heart keeps beating faster
and my feet can't keep still." On the road you meet a lot of people. You meet angry, cruel and savage people. You also meet the beautiful and sacred. Along the way you gain understanding about who you really are. Astral Weeks is an album that teaches us quite a bit about who we are and why. Its progression and build to the powerful closing Slim Slow Slider is the most stunning of any albums of the 1960s. Its progression is that of the child into adulthood and out again at the other end. Things you thought were trivial become cornerstones in a life well lived. Remarks made in haste become words to live by. 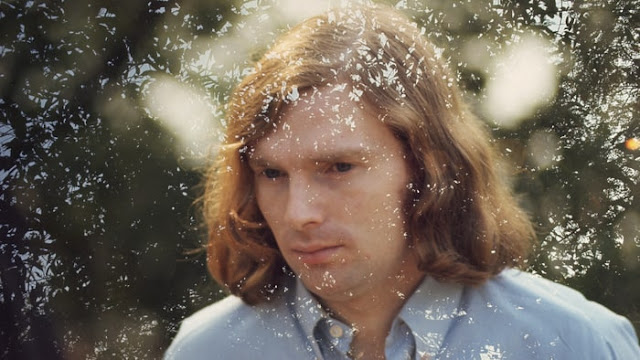 This is the train, this is the train. This is the train that will take her out of your life. Leaving is hard, but you must. Madame George is the best song on the album, and one that towers above all of the songs of the 1960s, including but not limited to Like a Rolling Stone by Bob Dylan, She's Leaving Home by The Beatles and Good Vibrations by The Beach Boys. It is a song that we all want to live. We want to have that perfect love in our lives that make us into some kind of poet. That turns the petty, small minded soul into someone who suffers with nobility. The sun goes down and the last thing she thinks of is you. You are someone who wakes those who he meets. Memories that will be shared with others less fortunate. To love that one perfect love is better than a dozen liaisons. I want to wear a hat and drink wine.

The melancholy mood of the second half of the album pushes the album into an introspective goldmine. There is so much to hold onto here, to appreciate and praise. Ballerina "All you gotta do is ring the bell, step right up. Step right up. Step right up. Ballerina." Just a like just a like just a like a ballerina. The seemingly fragile but actually powerful ballerina standing in for a love. That love too may appear like it will break at the first chance, but it has strong roots. It is no coincidence that Morrison chose the ballerina for the grueling, almost unbearable hardships that such dancers undergo in order to bring art to life. Love is a work of art too. Put your time in and get what you deserve. You need to build it from the ground up.

Some words need to be spent in praise of the musicianship on the album. It is so on point, so tight and meaningful, that it makes you weep for any other contenders putting their work beside it. While Van Morrison has been somewhat dismissive of the album through the years, when he mounted his live version of the album in 2009, he claimed that the reason he didn't perform the Astral Weeks music live, was down to not being able to find suitably talented musicians. I can believe that, as the sound is of such a whole, so unified and together that I find it hard to believe that anyone could ever replicate its subtleties and nuances.

Astral Weeks is then a superb album. There is nothing to compare with its depth of feeling, its miraculous insight into human nature or its incredible musicianship. It is the greatest concept album ever put on record. It is the greatest album of the 1960s and vying for the all time top spot. Its journey from naive optimism to world weary acceptance is devastating. "I know you're dying and I know you know it too." We're all dying. To accept it bravely and head on is the thing. Astral Weeks mirrors the very human life it is so enamored with. It ends in death and loss but its eye is on the journey. The journey is what we need. Get on the train.