Why I Love Chet Baker 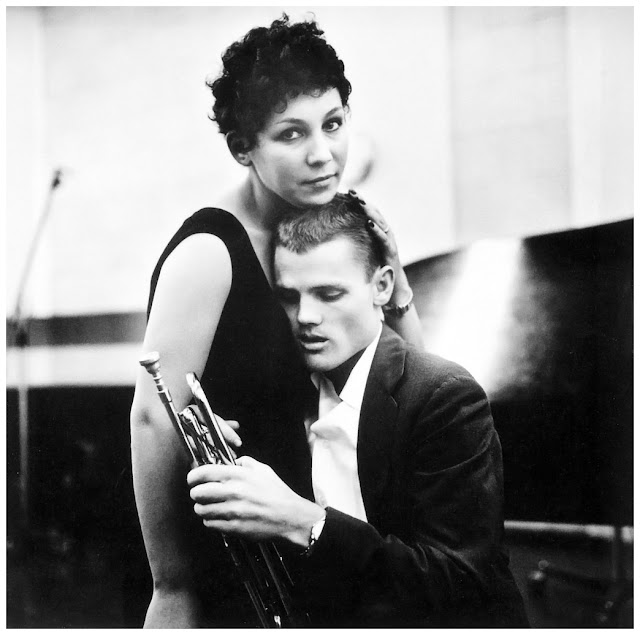 I got into Jazz through my brother, as with so many other things. I never believed that I would one day be savvy enough to speak on it. Today I know what I like, and that's enough. Chet Baker was my first love in Jazz. His voice, a dizzying combination of the victim and the assailant, both at the same time. There has never been a better vocalization of heart break and isolation than Baker with his trumpet beside him.

Jazz is something that many people discount because it seems eternally out of reach. Something for other, better educated people. While I may not know a whole lot about music theory, I still feel something grand in my heart for the sounds I hear. I think this proves Bill Evan's theory of the universal mind. Even if you don't truly know what you are hearing, you still understand it inherently through some inbuilt faculty. It still moves you. It still makes you laugh and cry. This is not at all to discount the importance of those who understand why this chord change is genius, or why it is that Baker is distinct from other players. It is to say however that you should not worry yourself too gravely about your lack of capacity to do this. You can still love the music being played.

While Baker was a highly gifted trumpet player, it is the vocal performances that matter most to me. They speak on heartbreak, on desolation, on being locked in a rotten hole with no love. As I previously discussed in my article about Noir, I find great worth to be found in art that expresses the low down feelings and predicaments. Chet Baker is the sound of Noir. He is the sound of desperation, four whiskeys in and ready to drink more. He makes music from the bottom of a bottle.

If you only listen to one Chet Baker album, I highly recommend the brilliant collection Let's Get Lost: The Best of Chet Baker Sings. It gathers up his most poetic, exceptionally beautiful performances all in one place. The opening track is The Thrill Is Gone, the quintessential Chet Baker mood. A lost man, trying to avoid the heartbreak that is to come. That's what all his songs are about really. A great love that is now gone. A vacuum exists, in which comes bitter depression to fill it.

"I get along without you very well. Of course I do. Except when soft rains fall and drip from leaves then I recall the thrill of being sheltered in your arms. Of course I do."

Chet Baker had a life that reflected his work. He was a heroin addict and was attacked in 1966, in which his teeth were knocked out. People said that he could never play the trumpet again, but he learned with false teeth and all. Baker's resilience is part of why I find so much joy in his music. He didn't give up, even when things seemed insurmountable. His later records have perhaps more beauty than his early work, especially the gorgeous Almost Blue, written by Elvis Costello.

Perhaps his most famous song is My Funny Valentine, written by Richard Rodgers and Lorenz Hart. It shows at once adoration and at the same time a put down of the physical appearance of the subject. In the wrong hands, this could be an insufferable song, rife with sexist and misogynist tendencies, but Baker makes it sing with a gentle lightness and heartfelt emotion.

Another song I love is I Fall In Love Too Easily, something which I find it very easy to relate to. I have fallen in love a bunch of times through my life, occasionally hitting on someone who feels the same about me. Jazz is especially adept at expressing these kinds of states of mind, whether vocal or instrumental.

If you want to get into Jazz, or just one great singer and player, Chet Baker is the place to start. He died way too young and in miserable conditions but the music he made will fill you with love from top to bottom. There is a sad, low down quality to his music it's true, but through that you are lifted up and beyond. It is music to listen to with the curtains closed and the speakers on high.