Why I Love Dougie 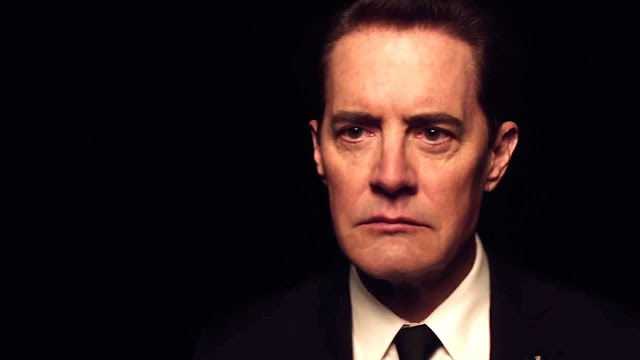 Twin Peaks is a show that a lot of people love. Some love it for its dreamy surrealism, some love it for its quirky characters and soap opera conventions. The latter, while legitimate, don't seem to get why the show is one of the greatest of all time. They are stuck in a literal world, unable to appreciate the greatness of David Lynch and Mark Frost's creation, that gets to the heart of the matter in a more immediate way than almost any show in history. Frost and Lynch have made a show that speaks to our greatest fears and hopes. Twin Peaks was cancelled following its second season and ended on an incredible cliffhanger. Fire Walk With Me resolved many of these plot threads but there were still many questions to answer.

The return of Twin Peaks in 2017 has been incredible. Some questions have been answered, while a whole lot of new ones have been raised. The most infuriating aspect of the show, according to some, has been the daze that Agent Cooper has been in, ever since escaping from the Black Lodge. This, like so much of David Lynch's work, shows a basic misunderstanding of the meaning behind the pictures. Dougie, created by Evil Cooper, is the way that Agent Dale Cooper can return to the world. After twenty five years in the Black Lodge, wouldn't you be in a daze?

Dougie is at once a comic character and also one who shows the innocent beauty in him that David Lynch prizes so much in his stories. People ask, "Why does everything good and pure get destroyed?" in his movies and TV shows. Well, it gets destroyed because the world is an evil place. Some foolish people think that Lynch hates women because they get terrible things done to them in his work. Well, again this is a result of plain confusion about the meaning and significance to be found in Lynch's Art. Women, to Lynch, represent everything good in life. They are caring, loving and beautiful from flesh to soul. Because he is interested in telling stories that explore the dark side of life, they are obviously going to experience some pain. But don't think that because of this, they are worse off than the male characters, who are often the ones inflicting pain on these women. It is not a simple, Lynch sees women only as the victim either. They are the true heroes. Those who suffer become holy and stand for all our sins and save us in the end.

Back to Dougie. Dougie is a staggering creation, someone who expresses so purely how Lynch and Frost see humanity before they are conditioned by the world to be cynical assholes. Coop has been born again, and of course, he's going to need a bit of time before he can return to his old life. This is the hero's journey, fighting the dragon to reclaim your birthright and love. And you know what? I just know that the return of Coop will be all the more epic for the long delay, than it would have been otherwise. Those hints of his remembering his old life... pure magic. And how good is Naomi Watts as his wife? VERY GOOD is the answer. I loved the sex scene. So hilarious and pretty touching at the same time. Dougie Coop is a better man than the original Dougie could ever be.

David Lynch, in spite of his reputation as an evasive artist, actually never leaves you hanging. He previously finished the original Twin Peaks with Fire Walk With Me, which followed up the story in such a way that you were satisfied that it was completed. Now, he and Mark Frost have the opportunity to not only follow up on the original Twin Peaks but to make a whole new mythology for a new generation. This is the successor of INLAND EMPIRE, more than anything. Those who watched and loved that batshit crazy movie understand what Lynch is doing with Twin Peaks. It is the summation of his entire career. It is the greatest work he has ever done, which means that it might just be the greatest visual work done by anyone anywhere. Let your cynicism go and embrace the mystery. It will be worth it. Trust me.