Why I Love Gallant 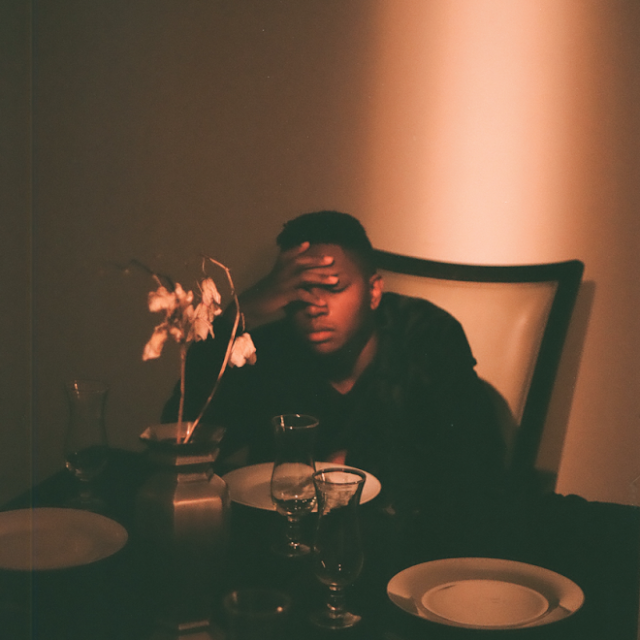 "Brainwaves living in stills
Nightmares just floating on film
You found it in the white lies in the back of your mind
And you know it’s not the same reel that you dusted off before
So slide it in a tape deck
Put it in a VCR
Show me how you got in this predicament
Did the devil let you down?
I could tell you it’s the apex
I could tell you it’s the Al hamra
Take another shot of your adrenaline
And pray you get that far."

Gallant is the hottest new thing in R&B and music. He follows other greats like The Weeknd and Frank Ocean in transforming a previously stale genre into the best thing going today. I have written before about why R&B does it for me. It is music that makes you human. It takes all of your insecurities and replaces them with musical steel that makes you stand up straight. It gives you the courage to be yourself, truly and absolutely. Gallant is especially adept at making music that goes straight to your heart. His gorgeous, heavenly voice making every worry melt away.

Gallant's debut album Ology was the best LP of 2016, beating Frank Ocean's Blonde and The Weeknd's Starboy. Yes, it was that damn good. The album begins with Talking To Myself, an introspective number, that crushes it with the way it moves. "I've been talking to myself lately, a ooh a ooh." That chorus... Jesus. Gallant, like the best R&B artists working today, is intent on delivering music that moves you as much as it makes you want to move or get with people. Ology is in many respects the Pet Sounds of the genre. It is music about growing up, about loving for the first time, about finding peace with yourself. The harmonies are something Brian Wilson would be proud of.

Ology is about down moments, and about how you get yourself together after going through tough times. "Cause since I've been found I've been living a life in cages. Withering down to the champagne quicksand. Wrestling doubt I've been dragging around for ages. I tried to let it drain but my veins are hopeless cause I loved in cold blood and got used to it. Angels say trust the detox. But I'm shaking I need it like bourbon in my coffee cup." Just listen to the way his voice soars. Surely the best voice in music today. It is a battle for Gallant to get himself together, and we relate to this innately. We have all been there. With Gallant by your side you can do anything. He'll lift you up and take away your pain.

New Millennium R&B is so much more than sex music. Gallant stakes his claim as perhaps the best person making music today with an album that explores every repressed feeling, every fear that comes from being a person trying to make a go at living life. Ology is one sustained exploration in the deep recesses of the mind. Weight in Gold is about the struggle, centering on that explosive, stunning chorus. The synth collides with the vocal to make life affirming, beautiful music. A shout out has to be given to Episode, with maybe my favourite performance on the album. The voice coils around the pleasure centers in your brain, with staggeringly good production by Bordeaux. The production on the album as a whole is as memorable and impressive as the best work of The-Dream, The Weeknd or Frank Ocean, allowing Gallant to take his rightful place beside these supreme talents.

The only guest vocal on the album comes in the form of Skipping Stones, featuring Jhene Aiko. This has should have been a huge hit all over it. The way the vocal builds and then hits on all cylinders. "Find me skipping stones, washed up rocks. Holding out for something I can’t force. What am I missing? Oh, baby, what am I missing?" Just sublime. On the verses Gallant has something of Sam Cooke about him. I could hear him singing Bring It On Home To Me, or Cupid and would pay quite a lot to see it happen! (Speaking of covers, make sure to check out Gallant and Andra Day's cover of the great Smokey Robinson song Cruisin. Really beautiful.) Aiko gives a good showing herself, with a wonderfully light touch. Open Up, another single from the album, builds such an atmosphere. Such a potent mixture of performance and production.

Ology cements Gallant as a talent that will hopefully last years and years. He is some kind of marvel to have put out such a mature and exciting work so early in his career. What comes next will be very exciting to see. It is up there with Kiss Land by The Weeknd, Chocolate Factory by R. Kelly, Sign O The Times by Prince or Bad by Michael Jackson as an astonishingly good album. It will last as long as there is R&B and hell, music. For those who doubt themselves, this is the album for you. It will sing alongside you, and make you remember when times were good and how they could be again.

Along with Ology, Gallant also has an excellent EP called Zebra, released in 2014. It is just as impressive as the album and has some exquisite numbers, including the opening track Forfeit. If it is possible to drown in music, I want to drown in this music. It covers you and warms you. It is music for the lost and the hopeless. Jupiter Grayscale is a compelling affair, also being the only song to appear on both Zebra and Ology. The production, with the vocal somewhat behind the swirling and all encompassing track, is of serious quality. You are at a distance from the singer, which creates an interesting disconnect between the listener and the artist. It is interesting that Gallant chose this song for a second outing. I would like to pick his brains as to why it was chosen.

When I was ill some years back, it was, no joking the song Manhattan that got me back on my feet. I would spend hours in my room, locked away from the world and all I had was my headphones and my music. I found hope in Manhattan, a song about lying in the gutter, but watching the stars. It is a desperate plea to the listener not to give up hope. I could tell you things will get better, but you have to believe it. "Did the Devil let you down?" Pacts made in fear with the supernatural. Wanting to avoid fated destruction. The harmonies wrap you up and puts you firmly in a place that is filled with self-doubt. The corrosive nature of that doubt is soothed by the sounds you hear, and suddenly what seemed so terrifying and destructive is merely a small part in the back of your mind. This is Don't Let Me Down by The Beatles. This is God Only Knows by The Beach Boys. This is Human Nature by Michael Jackson. It is maybe the greatest song of the last decade, easily rivaling anything by other more established, talented artists.