Why I Love The Simpsons 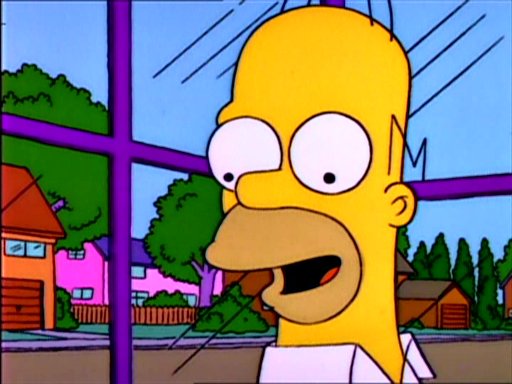 The Simpsons is the greatest comedy show ever produced. It is on a very short list of best television programs overall. I have watched The Simpsons since I was four years old. I am now thirty. It has been on television for nearly the entirety of my life. This is an extraordinary accomplishment, even taking into account the occasional dips in quality over the years. This is to be expected. Consider other great shows like Seinfeld or Cheers. Seinfeld did nine years, Cheers did eleven. The Simpsons has done twenty eight, with the twenty ninth to premiere later this year. Think about that. TWENTY NINE SEASONS. No-one gets a 100% hit rate. What makes The Simpsons so special is that instead of abandoning the show when things got tough or went into a strange area, they kept on working at it. Today The Simpsons remains a smart, heartfelt show which knows equally how to deliver a huge laugh alongside a moment that might just make you cry. If you haven't watched The Simpsons in recent years, I highly recommend it. Don't believe all the cynical bullshit, it is still a quality show and we should be thankful that something so damn good is still being made.

The Simpsons was created, as if I need to tell you, by Matt Groening who was previously known for his Life in Hell comic strip. Groening deserves much credit for the way the show was formed, initially as an interstitial on The Tracy Ullman Show, then as its own half hour program. He didn't do it alone though. Helping him develop the shorts into a show in their own right were Sam Simon and James L. Brooks. Sam Simon in particular deserves credit for assembling the writers that would define the show's style, and for taking the characters and making them into living, breathing people. I am not going to go over the many kerfuffles that happened in the early years between Sam Simon and Matt Groening, but I will say that good art is rarely easy to make. Sometimes personalities clash and people don't get on. The real test is what was produced, and what was produced was of such a high quality that it seems sad that Simon and Groening couldn't have worked together again after season four. Think of it like the Let It Be sessions with The Beatles. Yes, they were all fighting and unhappy but what they made has stood the test of time. It is likely that the push and pull of clashing personalities actively helped produce something of such stellar quality.

I watch The Simpsons every night going asleep. I listen to the commentaries on a rotation and am now well acquainted with the many ins and outs of what goes into making a Simpsons episode. When I am feeling bad, or down, or disappointed with myself, the very first thing I go to is The Simpsons. The show is human through and through and helps you become more human as you watch. My favourite episodes probably come from season two, which found the show hitting its stride and establishing the conventions that would be the bed rock of the series. One Fish, Two Fish, Blowfish, Blue Fish is probably my favourite episode of all time, written by Nell Scovell. It takes some seriously sharp writing and comedy and wraps it around an episode where the lead character has to confront his mortality. It is very rare for a comedy to address so directly a central crisis in being alive. Homer's last day is spent with simple pleasures. He makes peace with his father, he tells off his boss and he spends what he thinks are his last moments on earth with the woman he loves. This episode encapsulates everything that makes The Simpsons such a good show. There is real emotion and real love to the thing. The jokes are razor sharp and will make you laugh every damn time. 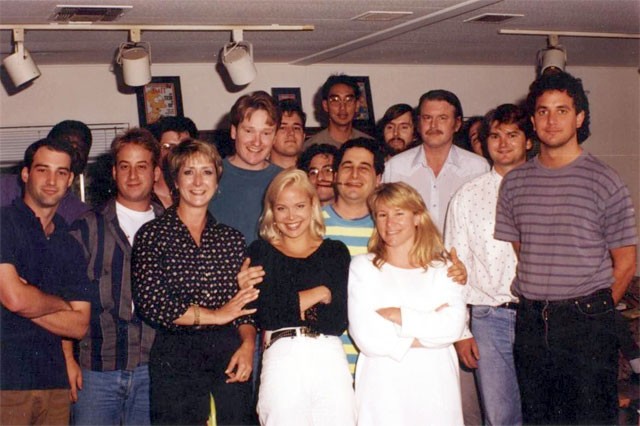 The writer's room in The Simpsons was, and in many respects still is, the smartest and funniest damn room in the world. There are too many great writers to list but I will say that George Meyer is a favourite, as is the great John Swartzwelder. My favourite showrunners are Mike Reiss and Al Jean, who is currently running the show today. They had the best balance of purely funny with real emotional heavyweight episodes. That is not to denigrate David Mirkin, who steered the show into probably its best purely funny episodes, or indeed Josh Weinstein and Bill Oakley, who produced some of the best purely heartfelt episodes. A word must be given for Mike Scully also, who is frequently disrespected for the work he did on The Simpsons. Yes, his episodes were the zaniest of any previously seen but he also had a touch for episodes with a heart, as seen with the overlooked and rather lovely Lost Our Lisa, written by Brian Scully, Mike's older brother. Also a shout out to Matt Selman, one of the best later era writers on staff.

The writers however are just one part of why the show has lasted so long. We have to look to the animation directors too who helped complete the picture, adding layers of subtle acting and physical comedy. David Silverman is probably the single biggest influence on the animation style, working as director and supervising director for many years on the show. Take a look at Mother Simpson's closing moments and see just how much heart and talent he has. I also adore the work of Susie Dietter who directed many episodes, including the great Scenes From The Class Struggle in Springfield. This is an episode frequently overlooked but one that bears rewatching. As Josh Weinstein and Bill Oakley correctly point out, it doesn't have the highest ratio of jokes but the story is incredibly immersive and on point.

A lot of people say that The Simpsons should have ended around season nine or ten. I don't agree with that. The same people said that Bob Dylan should have retired during his bad patches in the late 70s or the mid 80s. If Dylan had retired then we would have missed out on so much great work that easily rivals his best. Time Out of Mind, Love & Theft, Tempest all would have been missed and we would be the poorer for it. Even if The Simpsons has had some bad patches, and yeah it has, we are the greater for it continuing, as even if one new good episode is produced every year, we are one up on what we previously had. I don't believe that something good can be ruined by what comes after it. Those earlier episodes still exist intact. Those who let new things ruin old things should not be taken seriously as adult humans. If The Simpsons had stopped in season nine, we would have missed out on truly great episodes like Strong Arms of the Ma, a beautiful and terrifying episode about the fear that comes from living in the world. Look past the slightly grotesque appearance of Marge and see an episode that could have easily been produced in the so called Golden Age. I have had anxiety and paranoia for many years and I related so much to Marge's struggle. This is something that is beyond most shows, to really make you care about the characters. To see yourself in their place. I also recommend 24 Minutes, a brilliant parody of 24 and one of the funniest damn things you'll see. 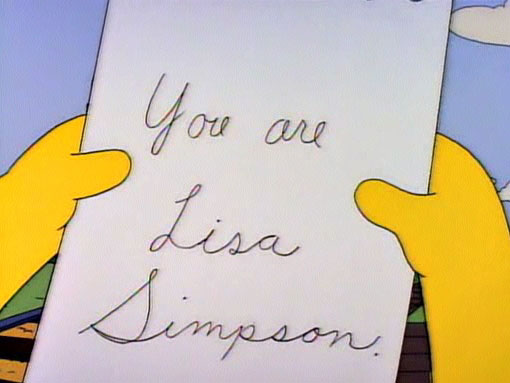 I will close by saying that The Simpsons means a whole lot to me. When I was ill a couple of years back and I wouldn't leave the house, one of the only things that got me to get up and leave was the thought of nabbing some tasty Simpsons DVDs. If my mind ever goes back to those times, I put on an episode and as Marvin Monroe says in relation to Itchy and Scratchy, I laugh myself silly. Homer is a hero to me, someone who doesn't let life defeat him. He keeps on believing in the things that he loves: his family, delicious food, and lovely beer. Sometimes that is enough. I know it is for me. Thank you Simpsons, you have made all our lives better.