Why I Love Writing 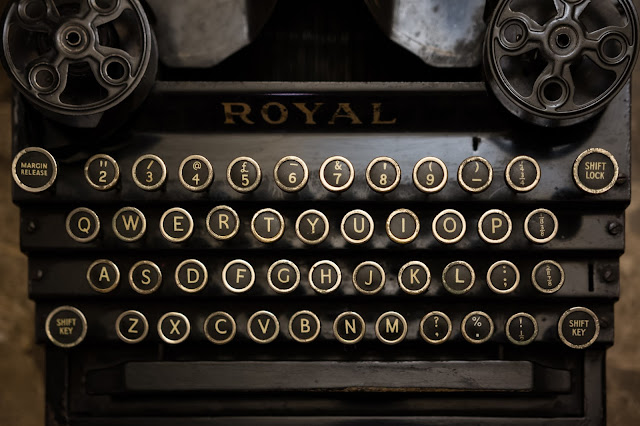 "When the going gets weird, the weird turn pro."

I write because it is the only thing I can do. Christopher Hitchens gave advice that writing should only be attempted if it is literally the only damn thing you can do. Well, it is. So here I am. Stephen Fry once commented that you are allowed one article about writing an article, so I guess this will meet my quota. I started writing with serious intent about fifteen years ago. I began my small time career on the message boards of The Smile Shop, ran by my good friends Jon Hunt and John Lane. I will remember many people who helped me for a long time, but a shout out to Jon and John and Ian Wagner who taught me my most important lessons in writing. Namely, say what you're going to say. Don't bother qualifying it with weaselly get outs. State your business, and state it well. If you love an album, say you love an album. Don't bother trying to anticipate people's issues, just get to that love deep in your heart and express it as well as you possibly can. I remember when my first article was published on The Smile Shop front page, and boy was it magical. I think it was a review of Yoshimi Battles the Pink Robots but I can't say for certain.

I have written for a good few credible publications. I am particularly proud of this article published in the New Statesman. Where I have called home for as long as I can remember though is on Less Lee Moore's Popshifter. It has sadly been closed recently but I wrote there for many years and I will always appreciate the guidance and help that Leslie gave me through the years. She was a fervent supporter of old Muggins here and gave me great advice, while never interfering with my work or making me feel like I had to play to this audience or that. She spoiled me for working with others who don't appreciate freedom of thought and freedom of speech. She is a liberal in all the best ways and I will always call her my friend and colleague. It really, really matters to me that she likes my work, similarly with Jon and John. If there is ever anything I can do for you Leslie, just let me know and I'll be there. Because I'm a funky man! I'm a funky man!

Some of my favourite Popshifter articles include this article about how Blade Runner influenced the new R&B, why Morphine is Michael Jackson's most personal song and Horror Movies For Kids. I worked hard on these and it was always amazing to hear people's reactions and to engage in friendly debate. This is something I learned from Christopher Hitchens. You have to engage with people in free speech to become better than you are. It is your duty not to insulate yourself in a world where there are no dissenting voices. You only learn, you only get better, by confronting your own weaknesses, whether in argument or in prose.


Writing is an experience close to good sex, or getting face down elated drunk or taking ten Xanex. There is something about it that transforms you and puts you in a place where every good thing can happen. I believe that our job as critics and writers is to express the love that is felt through Art, in such a way so as to open the door for others to feel that love. I don't like cynicism. I don't like people who think they are above their audience or are the gatekeepers for something important. Democratize that shit! My least favourite kind of writer is one who moans that something mediocre is worse than something bad. I mean, I just can't understand the argument. Sure, it may be harder to write about something competent but uninspiring but that problem IS THE FUCKING WRITER'S not the goddamn audience. Don't moan and bitch that you can't find any easy hook to bash an album, because being positive is so much harder. And it is. My mission with this blog was to create a place where the snarky bullshit and condescending guff could be replaced by positivity and joy. As with so many things, I follow Leslie in this pursuit.

I feel a need to write because I want to transmit the love I have felt through other people's work, to more souls who need some hope and love more than anything. When I first heard Blood on the Tracks, when I first heard Pet Sounds, when I first heard Kiss Land by The Weeknd... I want to take that feeling, wrap it up and give it as a gift to others who may not have heard of this great music. I remember when I was writing about how much I loved Prometheus. Everybody was trashing it, but I had unabashed love for the film. I loved almost everything about it: the gorgeous visuals, the terrifying Body Horror and the character of Elizabeth Shaw who inspired me in a way that the best Science Fiction does. This was 2001/Blade Runner level of goodness. I loved the final closing words by Shaw, which summed up in a Gene Roddenberry vibe why people search for something to hold onto. Some saw this as a flaw, but fuck me, who doesn't love Star Trek? Star Trek is inspiring as all shit. I love it. Keep on searching. That is how I see myself: atheist with a spiritual component.

Speaking of the atheist tagger, I want to comment briefly on some of my regrets. I regret going so hard at the religious, with so little feeling or understanding for why they believed the way they did. I made some of my dear friends feel bad and awkward and I regret it. I know now that as long as they aren't subjecting it on other people, believing in any number of Gods is groovy and good. Finding Majid Nawaz was an important moment in my life, for how to opened my eyes to the reality of Islam. That it is a diverse religion with many different perspectives and beliefs. Those who want to criminalize Muslims for simply being born into a religion are scum. I hope that I can make up for being too hard on Islam in the years that follow.

I did try fiction for a while, but I wasn't very good at it. I wrote a novel which is pretty shit, with the exception of a few bits that could be assembled into a serviceable collection of short stories. I did write a Horror story called This Year's Girl, which I have now lost to the ether, which I submitted to Weird Tales, H.P. Lovecraft's magazine. I remember being proud of it. I believe that fiction is a way to exorcise all of the awful shit, built up in your mind, body and soul. You can cast yourself as the villain and examine why it is that you behave so badly. Hunter S. Thompson showed me a trick for writing fiction: if you find you can't write for people other than you, just split up your personality and make them separate characters! I found this to be brilliant advice and it is something I still use today.

So to close, I feel that writing is the best thing I can do. I feel it is closest to who I am than anything else I have tried in life. I hope some day to make a living doing it, but it is exceptionally hard. If I can't, well I'll happily work in a shop for my life, writing stuff in my spare time. No-one should work for free, but writing is such an important part of my identity I don't think I could stop it. I hope in my time I have moved you, or made you care about something you previously thought was worthless. I am doing my best, trust me. Thank you for reading and supporting me. It has made a world of difference.