Why I Love By The Way 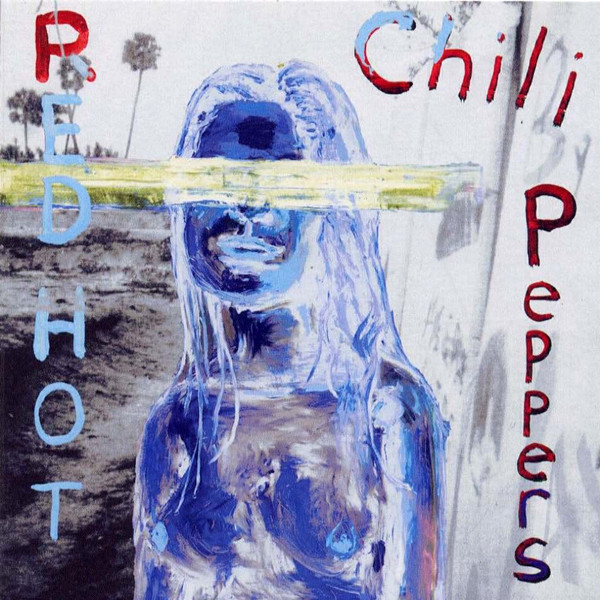 "Sweetheart is bleeding in the snow cone
So smart, she's leading me to ozone
Music the great communicator
Use two sticks to make it in the nature
I'll get you into penetration
The gender of a generation
The birth of every other nation
Worth your weight, the gold of meditation
This chapter's going to be a close one
Smoke rings, I know your going to blow one
All on a spaceship persevering
Use my hands for everything but steering
Can't stop the spirits when they need you
Mop tops are happy when they feed you
J. Butterfly is in the treetop
Birds that blow the meaning into bebop

Red Hot Chili Peppers have many great albums but their best is, undeniably, By The Way. Released in 2002, it arrived at just the right time for Muggins here. It hit me in a way that few albums do. It hit me like the first time I heard Pet Sounds by The Beach Boys. Here was an album with true insight and beauty. John Frusciante should be praised in particular for how he guided the band through their best three albums of their career, Californication, By The Way and Stadium Arcadium. By The Way is the most joyous, the most uplifting of albums. It takes The Beach Boys, wraps them up in Californian Funk and sends them out into the world.

The title track is a roller coaster of a song. Downbeat honesty switches into pure funk chaos. That bassline! Good God! Some people were down on By The Way, the album because they felt it veered too far away from the Funk. This song however lets you know that no, they haven't, they have just combined it with a gentle, loving Pet Sounds vibe. This is about finding love and holding onto it with all your power. It is also about those down moments of self-doubt. "Dani the girl is singing songs to me beneath the marquee oversold. By the Way I tried to say I know you from before." It is a veneration of live music, of getting together with some fine ass people and singing your heart out.

Universally Speaking is one of my very favourite tracks on the album. The chorus is just incredible. "Going get her, I got her on my mind. Nothing better, the feeling is so fine. Simply put I saw your love stream flow. Come on baby cause there's no name for, give it up and I got what I came for. Universally speaking I take it back and you make me nervous, nothing better than love and service. Universally speaking I win in the long run." As already mentioned, By The Way is pretty much the Chili Peppers' Pet Sounds. It is their masterpiece and the album they will be remembered for, for as long as there is music. Just like Tony Asher and Brian Wilson got to the melancholic beauty in being low and in love, here The Chili Peppers express their belief in the healing power of music and of love. Love comes from music and love goes back into music. Universally Speaking is a song that salutes this hard won belief, and in its musical way sums up what it is to feel and to give love.

Dosed. I got dosed by you and closer than most than most you and what am I supposed to do? Take it away, I never had it anyway. Take it away and everything will be okay. I never had it anyway. So what do I lose by telling you, I love you? Working in a bar, you were kind to me, as you were to all of your other customers. You love to talk and I love to listen. That feeling of being entirely wrapped up in adoration of another. It is an armor for all the bad shit in our lives. Dosed is the feeling. Dosed is the feeling. To be able to describe in such gentle, beautiful words and music that feeling is some kind of miracle. If I ever create anything close to this maybe I can get the love I need.

The Zepher Song is a winding tale of escaping from the mundane and into a world of adventure. Gorgeous backing vocals. Frusciante added so much to the sound of the band and it is a great shame that he is gone. On every song you can hear his influence, his love for The Beach Boys and Brian Wilson and his staggering talent. It is not unreasonable to suggest that it was Frusciante who saved the band after the tumultuous One Hot Minute sessions. He brought them back to themselves and gave them a new lease of life. Picture a Californian sunset, sitting, hand in hand with the woman you love. Stay here and watch it with me.

Can't Stop has to be the best song ever recorded by the Chili Peppers. It combines the funkiest Flea bassline ever recorded with a heavenly backing vocal from Frusciante and a lead vocal that switches between pure funk on the verses and a loving, pleading feeling on the chorus. Check the video and see a gorgeous, vibrant world. There isn't a better example of why Red Hot Chili Peppers have been so successful. They are firstly a FUN band. They are also excellent musicians, especially Flea and Frusciante. Anthony Kiedis is an underrated, brilliant lyricist with a style all his own. I particularly love the line "Music the great communicator," expressing purely the guiding principle of the band. We are here together and we will stay here together, speaking through music.

Can't Stop is followed up by I Could Die For You, one of the most beautiful love songs on the planet. "Something inside the cards, I know is right, don't want to live somebody else's life. This is what I want to be and this is what I give to you because I get it free. She smiles as I do my time. I could die for you, oh this life I choose." That turn on "this is what I want to be..." is so fucking beautiful. By The Way is filled with moments like this. There is something so otherwordly and spiritual about the thing. I can imagine going on a journey of spiritual discovery with this album in hand. It will act as your spirit guide and keep you safe through the dark times.

By The Way is the best album ever recorded by The Red Hot Chili Peppers, a stunning combination of real low down funky dark moments with holy turns into exaltation of the female form. Check the album cover for a clue. By The Way is on a short list for the best albums of the 00s and something that just grows more moving, more inspiring and more significant as the years pass. If you have never listened to the album or the Chili Peppers, this is your chance. Listen to it. Love it.