Why I Love Beer with My Father 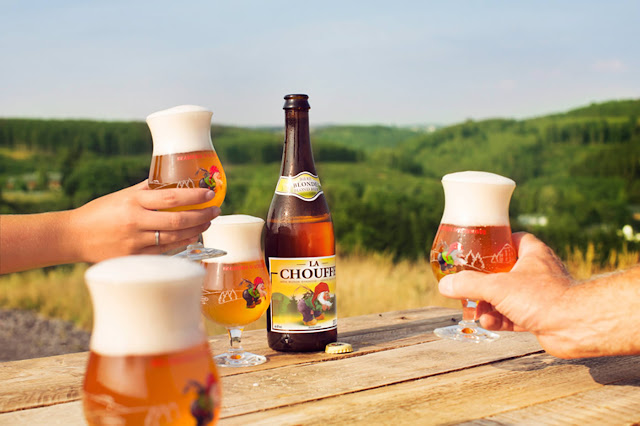 "Eentje voor onderweg." (One for the road)

My father died on St. Patrick's Day, the 17th of March of 2017. He has been dead nearly six months now and I miss him as badly as ever. As time carries on, I am prone to thinking of some of the best times we spent together. As I think on these times, I become melancholy at the thought that my half-brother and half-sister will never experience Noel at his best. That is, as a drinking companion. There was no-one, anywhere at anytime that was as amusing, as interesting and as full of love as Noel was when he was drinking. Some people get morose, some get violent - I have seen my share of both - but Noel was just happier all around and better company for having a few beers on him. This article is a celebration of Noel Casey's life, as my father and as my friend.

When Noel moved to the Netherlands, I was initially quite sad at the thought. He was already on the other side of the country to me and I worried that we would see each other even less frequently than we were. I needn't have worried. When Noel got the job, he told me that he wanted me to come over and live with him. I was, for the first time since I was seven years old, living with my father day to day. We did everything together. I would help make lunches for my brother and sister, drop them to school and do the dinners. I was trusted by Noel to do these jobs and they filled my heart with love. The first Dutch pub I frequented with Noel was Murphy's Law, at the time, right next door to the Irish Embassy. It may have had an Irish name, but it was Dutch through and through. They would play Jazz and Friday evenings. We had many, many great nights there, discussing Bob Dylan and Quentin Tarantino - Noel adored Django Unchained among others - and I miss them greatly.

The best trip we ever took from the base of The Netherlands was to Brussels, where we met my brother. Well let me tell you a secret: if you like beer, I mean really, really like it, go to Brussels. There is no better place for beer drinking on the planet. From sours to wheat beers to strong bastards like Noel's favourite La Chouffe, they have everything you could ever want. We went to many great pubs, but my favourite and I think our favourite was the Delirium Tremens - what a name! - pub. One of the greatest list of beers on the planet. We drank from lunch time late into the night. It was magical. Christmas time lit up the city with hope and beauty, and as we staggered back home at the end of the night, we knew that we had all been witness to a pretty special evening. In a small, one room pub near our apartment, we all drank what was supposedly the best beer in the world. It was expensive and strong and very tasty but I cannot for the life of me remember the name, sorry.

We went to Berlin twice. The first was uneventful but the second was quite a scene. I was unbeknownst to myself, in the beginnings of a complete nervous breakdown. I was terrified and couldn't get a handle on reality. Noel gave me some great advice while we sat in the hotel bar, drinking Erdingers - Germany's best big beer - and having chats. He told me "Paul, if things are exactly as you think they are, and people are out to get you, don't give them the satisfaction." It is advice that I hear today and something I hold to in hostile environments and people who just can't stop whistling. I always looked up to Noel, as a man who helped me deal with bullies and arseholes. He knew how to handle them and he always looked out for me and taught me to do the same.

Some of my favourite times in Den Haag were with Noel and our great friend Caroline. She is someone who I will always love and respect for how she gave Noel a true friend to rely on. And me. She recently helped me out in a huge way by allowing me to stay in her house for a holiday. She is a wonderful human being and I hope we continue to see more of each other when she comes back to Ireland. Anyway, some times I remember as being particularly good, took place in the Berger on the Plein, Noel's favourite pub. They loved him there for his adoration of the location and for the La Chouffes that he would throw back with some abandon. We discussed everything that interested us, never tripping over one another or feeling the need to change the subject. This is what real friendship is like. You know each other and you steer the conversation towards mutually appreciated topics.

Beer is something that opens you up. Sometimes it can be terrifying to look at yourself when you've had a few too many. Sometimes it is beautiful and inspiring. Noel was always on the right side of the drink. He never became a problem for anyone, not even for himself. We had so many great times together, often with my brother Martin and my mother Mary. He loved us all and kept us safe. We are indebted to him. We drank a lot of beers together and I include below a list of some of our favourites: