Why I Love Compilations 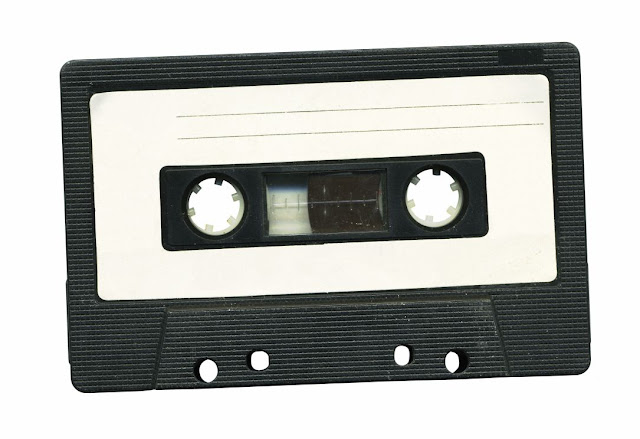 "The making of a great compilation tape, like breaking up, is hard to do and takes ages longer than it might seem. You gotta kick off with a killer, to grab attention. Then you got to take it up a notch, but you don't wanna blow your wad, so then you got to cool it off a notch. There are a lot of rules. Anyway... I've started to make a tape... in my head... for Laura. Full of stuff she likes. Full of stuff that make her happy. For the first time I can sort of see how that is done."

I can't remember when I first started making compilations, but I do remember that it was my brother who first encouraged me to do so. I was entranced by the idea of crafting an experience for those I loved and wanted to impress. Compilations are, as almost everyone knows, a powerful to seduce those who you want to go to bed with. A good compilation makes up for every awkward social snafu, from now until infinity. When they say, "Yes, you behaved like a complete arse last night but I just can't help but love you for the way you put September by Earth, Wind and Fire after Shake Your Body Down To The Ground by The Jacksons," you know it's love. I have created so many compilations over the years but I will do my best to detail some of my favourites here, and give my opinion on what makes a really great compilation.

The greatest compilation I ever made was one called The Songs That Will Make You Human. First, it's got a really killer title. You just know that you are going to get some choice cuts. Like a shank or a rump roast or something otherwise butchery. It was and is an attempt to process everything good that music has done for me. It is primarily an R&B playlist, but it also features quite a bit of Rap, Rock N Roll, Blues, Jazz, Funk and Disco. I believe that good music can transform a fucked up person - i.e. me - into someone who can be a full human being. Being a full grown human means being able to dance on the floor, get close to some fine ass women and be fearless and secure in the bedroom. It also includes getting a job or something.

A good compilation has a flow to it. Something that increases the goodness of a track by the track it follows or precedes. This is somewhat obvious advice but one that bears repeating as it is the most obvious and glaring problem with compilations that aren't curated with a firm hand. This is not just a place to put all of your favourite songs in one place, it is an act of creation. Through guiding the listener's experience, you hope to change their sense of reality. Placing similar songs side by side is the standard way of doing things. You put a bunch of Dancehall tracks side by side, because they share a common genre. A trickier thing to do however, and one that is far more rewarding is placing songs that clash in some way beside each other. Put an aggressive, sexual track like King of the Fall by The Weeknd side by side with a Carpenters' love song. Seriously, it works, trust me.

When my cousin Clodagh got married to a lovely man named John the other year, I made them a compilation for their wedding present. I know, it was awfully cheap of me, but I swear it was a lovely thing. I got a nice box, embroidered an XO on the front and made my own covers and liner notes. Through being not just knee deep in the music of the unreleased Beach Boys album SMiLE, I was well acquainted with basic sound editing software. I edited up the tracks to flow as one continuous 70 minute sequence. The first volume looked like this:

There are some neat transitions here, particularly between the second and third tracks where the shared word "pop" marks the point where one song ends and the other begins. I also liked following up a Miley Cyrus track with one she guests on. This is something that most people think is taboo, to include two songs by the same artist beside each other, but I disagree. I think that you can really get a flow going if you have guest vocals popping in and out of different songs. It gives the compilation a cohesion, and a flavour similar to a real life LP. When you slow it down, you want to come in with some fierce beauty, and then transition out with something shocking and explicit. I did this here with Fashion Killa and Autograph slowing things down and Often crashing in with all kinds of filthy talk about popping pussies. It works great. Most everyone gets that the opener needs to be killer, but too many people close weakly. Here I give a double bill of extremely fierce closers: Yamaha and Exit. Both are, instead of being slow, fade out songs, are electric and monstrous hits, pounding the bass til you feel it in your chest.

Compilations are an artform. They demand care and attention, so that every song gives a distinct emotional payoff, and by the playlist's conclusion, a cohesive, unified musical experience. Any old fool can throw songs they like on a list, but it takes the guiding hand of a master to craft an unforgettable experience. Compilations are ways to change minds about music. By giving the listener a taste of what they already know they like, and then switching it up to include something new and shocking, you can help a person grow artistically and musically. I like to believe that I have changed some minds in my time.