Why I Love Roger Ebert 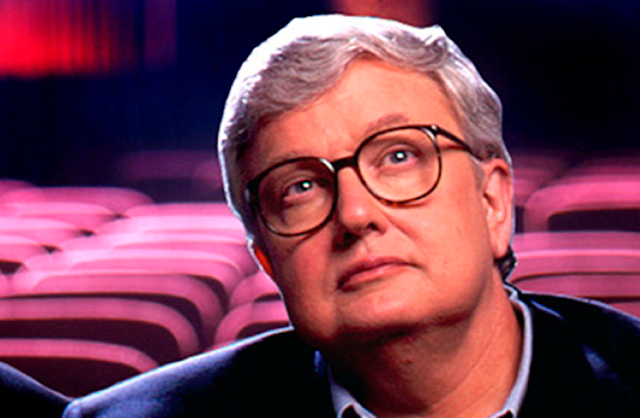 "Ridley Scott's "Prometheus" is a magnificent science-fiction film, all the more intriguing because it raises questions about the origin of human life and doesn't have the answers."

I first started watching Siskel and Ebert after a visit to see my friends in Chicago, who recommended the pair to me. I had seen the pair on old videos of David Letterman's NBC and CBS shows, but I wasn't well acquainted with their work. There have been no critics in any medium that have affected me as much as Siskel and Ebert. Their show was a pitch perfect mixture of opinion and analysis. As much as I love Gene Siskel, I have to say that my heart belongs to Roger Ebert. Ebert was never condescending or elitist. He believed that everyone, everywhere was entitled to have an opinion on Art. He was a champion for films that didn't receive a lot of publicity or critical acclaim. He was never scared off not liking a movie because it wasn't popular. He stood up for the little guy, frequently and with tremendous style.

This is not to say that I always agreed with him, but that's hardly the point. He was never boring or tedious or pompous. He enlightened you to new points of view even when he hated something you loved or vice versa. He never got David Lynch for instance, someone whom I believe to be perhaps the single greatest film maker in history. I always enjoyed reading/hearing/seeing Roger's opinions though, no matter whether it was a thumbs up or a thumbs down. A particular shout out needs to go to Roger's defense and appreciation of Horror movies. Roger was able to treat an apparently lowly genre with the care and respect it deserved.


Roger was, above all else an incredibly gifted writer. His effortlessly readable and insightful style informed everything he did. He always gave you the information you required to know whether you would like something, even if Roger didn't. His memoir Life Itself is incredible, as is the film of the same name. When I watched Life Itself first, I got very teary and upset. Roger was brave up until the end. He never backed down from life. He remained himself. I was particularly moved by the material surrounding Roger and Gene's relationship.

Some sloppy journalist suggested after seeing the movie that they hated each other. This is so fucking wrong, and betrays a complete lack of understanding of their relationship. They didn't always get on, but that doesn't mean that they hated each other. They always respected one another, but over the years they grew to really love one another. Friendships in reality aren't always the cleanest or simplest. Sometimes you have conflict and sometimes you fall out. The true friend though is the one who is there when it matters most. Roger was there for Gene - when he himself went through his battle with cancer - and if it had been possible, Gene would have been there for Roger when he did the same.

I want to talk about a couple of my favourite reviews by Roger. The first should be obvious if you follow The City is Blinking. I adore the review Roger wrote for Prometheus, perhaps my favourite Science Fiction picture ever made. He just *gets* it. I believe when he shared this review on his Facebook page, he said "I know it has problems, but I don't care." That's it, right there. The film has its little issues but the overall beauty of the material means that you don't care. I also love many of his reviews of Nicolas Cage's work. Roger understood that Nicolas Cage is perhaps the greatest actor of his generation. His writing on why this is true is among my all time favourites, from any writer. I particularly love Roger's review for the criminally underrated Knowing. Here is another case of a BIG IDEA Science Fiction picture that didn't receive popular acclaim that Roger stood up for. If you want a movie that explores big ideas with care and insight, give this a go.

I will always remember connecting with Roger on his wonderful blog. We were both fans of Christopher Hitchens, and Hitch had recently been diagnosed with cancer. I knew that Roger had experienced the pain and heartbreak that comes from cancer, and that he might find some wisdom and comfort in Hitch's thoughts on the matter. I shared an interview of Hitch with Roger. He then wrote an article about it, which you can read here. Thank the internet for bringing disparate people together to appreciate and discuss shared loves.

Roger Ebert is someone who I will miss. The courage he showed in the face of serious illness and the onset of death is something that will always stay with me. When I lost my father six months ago, I took comfort in the words and actions of Roger, who lived life like it should be lived, right up until the end. I still watch and read Roger whenever I'm feeling low. There is certainty and beauty to be found in his work. If you have not watched Siskel and Ebert, do so here. His written work can be explored in all its glory here. I'll miss you Roger. Thanks for the memories.