Why I Love Ti West 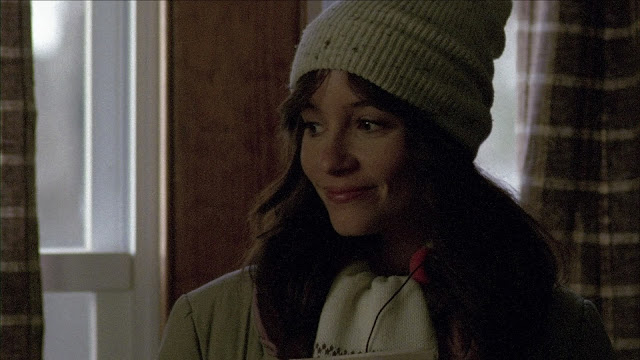 "This one night changes everything for me."

Ti West is my favourite Horror director, for his stunning trilogy comprising The House of the Devil, The Innkeepers and The Sacrament. Ti West is someone who makes subtle, slow burn Horror. He has a tremendous gift for this slow burn, building up slowly into supremely intense and effective Horror. These three films are among the greatest of the last decade, each with its own unique atmosphere that pushes the viewer into paroxysms of fear and anxiety. The three movies are diverse, each with its own unique character, litany of scary shit, and atmosphere for days.

The House of the Devil is my favourite of the trilogy, starring the immensely beautiful and gifted Jocelin Donahue and the creepy as all hell Tom Noonan. This is a movie that could have been made in the 1970s or the 1980s. Yes there is some intense violence, but it is in a context that is as far from the grim nihilism of some of the worst examples of the unfortunate sub-genre torture porn. (Not putting down the whole genre, there are some amazing films in it, like Audition by Miike Takashi and Martyrs by Pascal Laugier.) Here the violence is earned, just like Alfred Hitchcock's Psycho, and it is the punchline to a great joke, not something that dominates every minute at the expense of story and character development. The House of the Devil is stylish as fuck, beautifully shot and acted, with some hilarious dialogue. I particularly like the line from the "pizza man" "Extra anchovies?" Brings a big chuckle every time.

Every one of Ti West's trilogy ends in shocking and disturbing ways. The House of the Devil's ending is bleak and terrifying, mirroring Roman Polanski's Rosemary's Baby. It leaves the viewer off kilter and unsettled. The intensity of the film's final scenes is remarkable. The "grandmother" has some brilliant make up and special effects and again reflects the film's connection to Polanski's classic, with the hypnotic and terrifying satanic ritual. A big shout out to Jocelin Donahue who manages to play being scared out of her wits without degenerating into a scream queen. She fights for her life in a way that reminds me of Adam Wingard's brilliant You're Next and Mike Flanagan's incredibly effective Hush, two supreme examples of modern slasher films. Samantha does everything right and attempts to take her own life when she is impregnated with the devil's baby. No idiot plot required here. My favourite moments in the movie come in the quiet times. Samantha dancing through the house is something gorgeous, full of life and youth that will soon be destroyed. You care about Samantha, and want to see her best her enemies. It is one of my very favourite Horror movies, right up there with The Exorcist and A Dark Song.

The Innkeepers is a ghost story that compares favorably with that colossal classic The Shining. Again Ti West casts his picture perfectly, with Sara Paxton and Pat Healy playing a pair of employees at the Yankee Pedlar Inn, which is about to close for good. Paxton is so appealing here, playing comedy and fear with ease and a gentle grace. The Innkeepers is probably the slowest of the three, but it is just as effective in its way, building a mythology of spurned suicidal lovers and pianos that play themselves. While the film is undeniably on a much smaller scale than Stanley Kubrick's masterpiece, The Innkeepers does a great job to make the events that take place seem just as epic and life shattering. Horror is often preoccupied with stories about people who can't help but look in that scary basement. There is a need to find out, even if it means our doom. Just like Danny had to look in room 237, Claire has to discover what is happening in that damn basement. Some people think this makes the film less realistic, but really it is something that connects in a deep way to our own desire to know, even at the expense of our safety and health.

The Innkeepers has one moment of shocking violence, but is otherwise more than appropriate to show to young Horror fans as a great introduction into a wider world. The film relies on Sara Paxton's character Claire to bring the viewer in and to make them want to discover what is happening in the Yankee Pedlar Inn, just as much as she does. It is a shame that the character dies, as I would have paid quite a lot to have seen a sequel of more ghost investigating! The Innkeepers is a film that the impatient jump scare only crowd will probably find incredibly slow. For those of us however who prize the slow burn and the intensity in ten cities, live at Budokan finale, we will find a whole lot to love and be scared at. This is a problem with a lot of modern Horror movies, only being able to prompt scares through camera trickery and objects coming fast at the camera. It takes so much more to build terror through atmosphere, through cinematography, lighting, performance and judicious editing. The Innkeepers is a hell of a movie for these reasons.

The Sacrament is arguably the scariest movie of the trilogy, and has what is probably the most effective, disturbing and terrifying violence in any Horror film I've seen. Including mind you, Martrys or Audition or Save The Green Planet. A big reason why The Sacrament is so effective is because yes, it builds up slowly, but once it releases all of that tension it smashes you in the fucking face. It is a believable story, unfortunately, and we can easily relate it to real world atrocities like the Jonestown Massacre. While the story is not supernatural, it is fixated on the belief that there is something other than what we see. It shows in a savage, brutal way the problems that can arise from an overpowering belief in a religious cult. Those scenes where Father is commanding his flock to take their own lives is so fucking disturbing and unsettling. Brothers, sisters, mothers, fathers, and babies all die face down in the dirt. There is one shocking moment where a mother slashes the throat of her daughter in order to spare her dying from the hands of others. This is the only bloody moment in the movie, and while it is very well done, the quiet, menacing deaths of others from drinking poisoned juice is the memory you will take from the film.

Found footage films have been played to death, with very few able to compare with the beauty and minimalism of the original Blair Witch Project. The Sacrament equals that classic movie, in this regard. The first I think to do it as well. There are good performances throughout but the stand out is Gene Jones as Father, one of the greatest villains in Horror history. Compare him to other greats like Freddie Kruger, Jack Torrence and The Devil in well, many, many Horror movies, and he stands up alongside them with big time credibility. What makes Father so horrifying is his seemingly reasonable point of view. He decries racism, poverty and hatred. "Don't you agree?" he asks the audience. And yes, we do. Of course we do. I mean, who wouldn't? Living together in perfect harmony? Sounds good. Except it is built on deceitful foundations. Those who no longer want to live in Eden Parish are abused and threatened, finally being shot down. The immensely believable story makes this a film that shocks and horrifies through reminding us of how easy it is for people to end up like this. While The House of the Devil is my favourite, if you can only watch one movie on this list, watch The Sacrament. It is an incredible bit of movie.

Ti West is in my opinion the best Horror filmmaker working today and on a shortlist of all time greats. I really hope that he makes another Horror film, as much as I enjoyed In a Valley of Violence. I think his calling is to keep scaring us in unique, beautiful ways. Those prizing jump scares above all else need not apply. Nothing against a good jump scares mind, but the experience is so much more intense if there is a good story, good characters and a slooooooooow build to complete fucking mayhem. When Ti West breaks out his scary toolbox, he can swing the Horror wrench as well as anyone working. Put these three movies on a triple bill and enjoy!