Why I Love James Ellroy Pt 2: The Black Dahlia 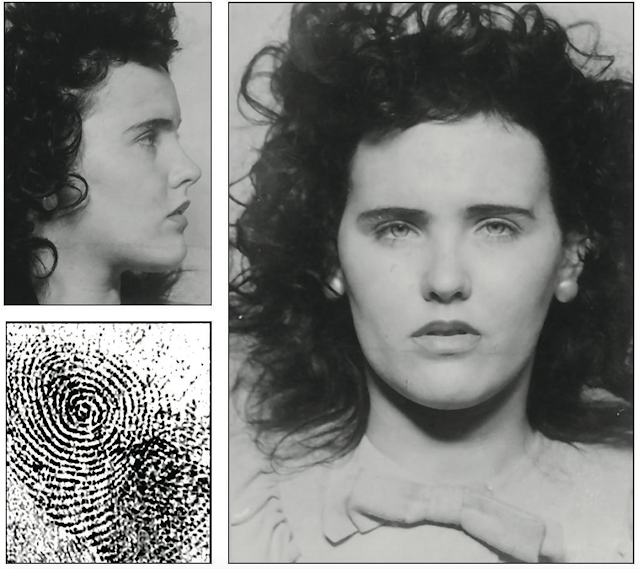 "I never knew her in life. She exists for me through others, in evidence of the ways her death drove them. Working backwards, seeking only facts, I reconstructed her as a sad little girl and a whore, at best a could-have-been - a tag that might equally apply to me. I wish I could have granted her an anonymous end, relegated her to a few terse words on a homicide dick's summary report, carbon to the coroner's office, more paperwork to take her to potter's field. The only thing wrong with the wish is that she wouldn't have wanted it that way. As brutal as the facts were, she would have wanted all of them known. And since I owe her a great deal and am the only one who does know the entire story, I have undertaken the writing of this memoir."

The Black Dahlia is the greatest piece of Noir fiction in history. It is a towering, dizzying achievement. The Black Dahlia is a tale of despair, grief and obsession; corruption, betrayal and a deep, ancient evil. Elizabeth Short met her end on the 15th of January, 1947 in Leimert Park, Los Angeles. Her body was found naked, cut in half, drained of blood, with her face cut open in a Glasgow Smile. It is no surprise that this murder captured the imagination of James Ellroy, given the rape and murder of his own mother in 1958, a similarly chilling and misogynistic act of brutality. The Black Dahlia is one of the most personal works by James Ellroy as a result, echoing his own feelings of helplessness in the face of such evil and the need for justice unrestrained by the law.

The Black Dahlia is first an incredible murder mystery. It is the most compelling Noir story of all time, in part because of its excellence in building anticipation and paying it off with a conclusion that surpasses all expectations. That feeling when you discover the truth and it's so much better than you could have predicted. This is something that Agatha Christie taught me: to craft a truly brilliant mystery, you need to play fair with your audience. You can't pull a murderous rabbit out of a hat and pretend like it was always there. The detective has to learn as the reader learns. You also need to make the motivations behind the crime as interesting as the identity of the killer. Ellroy does a sublime job at escalating into pure chaos and carnage, and revealing details that lift the book from solid to instant classic. The sadistic evil of Ramona, as she details the torture of Elizabeth Short in her journal brings on a new sense of horror that you thought you had passed by, after so much description of the murder. No, you are shocked anew and the creeping feeling of moral crisis overtakes you. Something must be done, but what can be done?

The Black Dahlia is the greatest work of Noir in history because of how it defines a feeling of moral chaos and a bleak, pessimistic world view. The great unsolved murder in the history of Los Angeles is pushed through Ellroy's artistic lens and raised as a monument to true justice, for his mother, for Elizabeth Short and all lost souls who met their ends from vicious fucks. I love how Ellroy plays with the expectations of the audience concerning the killer's gender, and introduces an element of severe self-loathing that Ramona has for her own gender. While there have been books by Ellroy which are more complex and challenging, there have been none as of yet that match The Black Dahlia's laser like precision and focus, and none that define a place and time so well. I don't think anything defines what Noir is better than this book. It is a holy thing, a work of astonishing purity and creativity. It speaks to the darkness in us all: the voyeur, the pervert, the killer. Nothing compares with its mystery, its manipulation of reality and fiction into something truer and more beautiful. Nothing compares with the shadows of the mind it conjures, or the smoke filled confessional. If you're guilty in your heart, you're guilty for real.

1940s and 1950s Los Angeles is Ellroy's area of expertise and The Black Dahlia has all of the potent atmosphere of his best work and dead on descriptions of the fine details of life in 1940s L.A. that few can compare with. The massive corruption in every facet of Los Angeles life, and the ease with which cops step over that line for a quick buck or a collar that will nab them a promotion, defines The L.A. Quartet, and The Black Dahlia. I feel that this is the kind of conspiracy that does not rankle from sheer improbability that typified Ellroy's work on the Underworld U.S.A. trilogy. Don't get me wrong, I loved them, but when you stretch out conspiracies to cover everything, your ability to believe in the work as truthful is stretched, sometimes to breaking point. I prefer the relatively small scale conspiracies that originate from petty self-interest and not from grand puppet-master machinations that attempt to alter the face of reality. Keep it on the low down down low.

The Black Dahlia is written in the first person, with Bucky Bleichert's voice. Bucky is an interesting protagonist and the first person approach gives the events a personal resonance that they wouldn't have had with a more detached narrative style. I am intrigued by the fact that Kay Lake, the female lead, would be given just this role in Perfidia, reflecting perhaps how close to his own story he considers The Black Dahlia. That confessional style that Ellroy identifies with The Dahlia is an act of contrition on his part for all of his perversions and an attempt to process all of that evil shit that he went through with his mother. Bucky is someone who tries to do things straight but like so many of Ellroy's characters discovers that to fight the crooked, you have to get crooked too, but for the right reasons. I found the relationship between Bucky, Kay and Lee to be compelling.

Lee Blanchard's disappearance to Mexico reminded me greatly of Raymond Chandler's The Long Goodbye, particularly the Robert Altman adaptation. That feeling of being betrayed and abandoned by someone you loved and would have done anything for, is just as strong here. The moral and political issues that arise from the discovery of his body also mirror The Long Goodbye, even if the conclusion is quite different. What is particularly impressive here is how well Ellroy comes out looking when compared with Chandler. Some would be diminished in the presence of a master like Chandler, but Ellroy stands tall, taking his rightful place at the top of the pile.

The Black Dahlia is the greatest Noir story ever told because of its bravery and the brute force of its convictions. You are put through hell, but by the end you come out somehow better off. If there is one piece of art that should stand for Noir, it is this one. It is in the company of Chinatown, Sunset Boulevard and Jim Thompson's The Killer Inside Me. It is a dark, dangerous journey to take, but keep your heart up. For those who prize truth above safety, for those who feel the need to look evil in the eye and not flinch, The Black Dahlia was written for you.