Why I Love Psycho 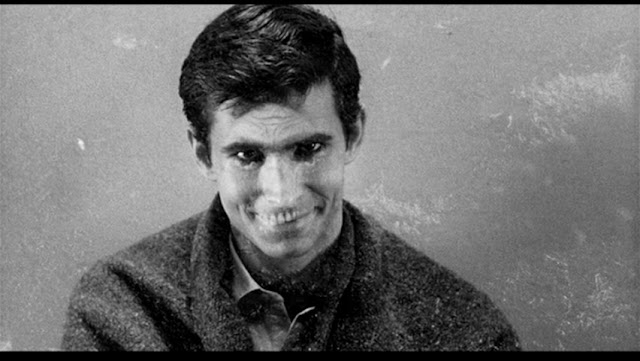 "We all go a little mad sometimes."

Alfred Hitchcock was a master. You know this and so do I. Everything he did was precise; dead on and on point. Psycho is probably his most famous movie and for good reason. It defined, in many ways, what a modern Horror movie could be. From the stunning carnage of the shower scene to a twist ending that set the standard for all twist obsessed movies, Psycho is a masterpiece from start to finish. Anthony Perkins in a seriously iconic performance, provokes sympathy mixed with intense fear. As a person who has had issues with mental health, I found Perkins' acting job seriously disturbing, for the very real feelings of familiarity that it provoked in me.

Psycho is remembered of course for its famous shower scene, one of the best edited, shot, conceived and performed Horror scenes in history. It raised the bar for what was acceptable in terms of violence, and pretty much created the Slasher sub-genre. It is still shocking today, not because of the amount of blood, but for the savage potency of the death scene. The music by Bernard Herrmann is the cherry on top of a beautiful cake. The strings tear your flesh as the knife stabs down. That its power over the viewer has remained undiminished, even with the severe escalation of violence in movies, is a testament to the sheer artistry of Hitchcock and his cast and crew. This is on the same level as the bedroom levitation of The Exorcist or the lift hug in Dark Water. It staggers and unsettles and destroys your feelings of safety.

Horror is one of those apparently lowbrow genres that doesn't get nearly as much credit as it should. Psycho is the Citizen Kane of Horror movies. It's that important. Let us all forget the hideous Vince Vaughn remake and indeed the pretty terrible sequels - almost up there with Jaws for fucking up what should have been a good series - and just focus on why Hitchcock was a master. He was a master because everything he did, he did for a damn good reason. He was specific as fuck. He had a mastery over the artform that so few have compared with. Just like he showed in Rear Window and Shadow of a Doubt, Hitchcock takes the genre and raises it up to its highest aspirations. That Horror and Comedy don't get recognition from the Academy Awards is borderline criminal. Psycho deserved a Best Picture nod, and no mistake.

One of the most interesting things about the structure of Psycho is that it introduces a character at the beginning of the movie who is killed in and around the 50 minute mark. Janet Leigh does a superb job and throws the audience into a state of abject fear. If she can die, anyone can die. This is a trick that many films would go on to imitate, namely Wes Craven's masterpiece Scream, where Drew Barrymore is dispatched in the opening scenes. This was unique in 1960, and shocked audiences from Dublin to New York. No-one is safe is one of the golden tips to take from Psycho, for making Horror movies endure and entrance over the years. Leigh was wise to take on the role as she is surely far more remembered than anyone else in the movie, apart from Anthony Perkins. No-one remembers Vera Miles as the sister or John Gavin as the hero, they remember Janet Leigh in that shower scene.

Horror expresses our deepest fears, and having some experience of being diagnosed with all manner of scary mental health things, I can say without reservation that Psycho gets to the core of that terrifying thing that we sense in our own bodies. Being psychotic is a scary thing. I know, I've been there. Some people have gotten angry about Psycho for just this reason and that it demonizes those with mental health issues, but let me tell you straight from the source, losing your sanity is about a thousand times more extreme than how Hitchcock depicts Norman Bates. Good Horror allows us to confront our greatest fears and to hopefully deal with them and put them away. In Psycho, Hitchcock raises deep, instinctual fears, not to be killed by Norman Bates but to be Norman Bates. That is what is truly frightening about Psycho; the thought that we could become him.

Psycho is one of the greatest Horror movies ever made. It established so many conventions, and allowed the genre to pop its head above the lowdown tag and take a look at what happens when genre fiction becomes gen-u-ine Art with a capital A. It influenced so many great movies, most notably John Carpenter's brilliant Halloween, that it deserves to be considered THE defining Horror movie of the 20th Century. I mean M. Night Shyamalan's entire career is based on that twist. I can't seem to face up through the facts/I'm tense and nervous and I can't relax/I can't sleep cause my bed's on fire/Don't touch me, I'm a real live wire/Psycho killer, qu'est-ce que c'est.