Why I Love Diversity 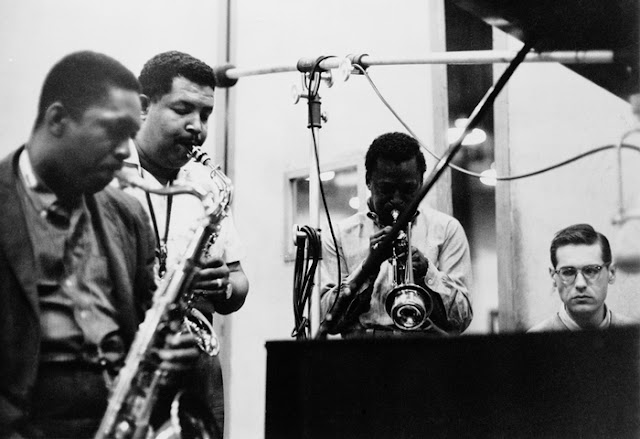 When I was younger than I am now, I wrote for a comic book website. It was, some good people aside, one of the most frustrating creative experiences of my life. Not just for the seemingly masochistic, self-pitying edge to almost everything the internet comic book community poured into everything, but for the suspicious and perpetually emphasized edge that was fearful of anything that didn't immediately represent the straight, white, male demographic.

When I recently expressed amazement at the idiocy of Marvel Comics blaming diversity for declining comic book sales, it was a random comic book fan who took me to task. It was "forced" diversity and bad writing that was to blame, he said. He didn't want a history lesson or a lesson in morality, and that was the only thing he could think of when he thought of creative diversity. Well, I am not saying that unwanted lessons in morality aren't a drag: they frequently are. But he was dead wrong that diversity in created things is an attack on white, straight, males; it's not. Diversity is where we should all end up, in my opinion, especially in created things.

When I was young, younger than younger me above, I hated to be told what I should like. I loathed Pitchfork and Rolling Stone and all of the other so called gatekeepers of proper taste and dignity. I still kind of do, unless of course these outfits want to offer me a permanent paid job, in which case I fucking love them! I grew up on The Smile Shop, run by Jon Hunt and John Lane, two men whom I am happy to call my long term friends today. They taught me that you should never be scared to say "I don't know," and that advice is something I hope to pass on to my children, should I ever find a woman who actually wants to spend time with me past a quick brew. Diversity is all about "I don't know." It is something that makes the establishment feel like everything they have studied for is a lie, and that raises all kinds of insecure panic. You mean I don't know what Kendrick Lamar has to say about life as an African American?? You mean my review praising his insight and canny knowledge might be total fucking bullshit??

Diversity in Art, is a wondrous thing, and not just for the obvious reasons. Diversity shouldn't be just another string on the positive discrimination bow. It should stand for itself, upright and truly. It is in our benefit to open up our Art to all people: straight, gay, transgender, black, white, brown and all the rest. It is in our benefit because it is through shared creation that we break down the artificial boundaries that cause so many fucking problems. It is in our benefit because through a diverse array of talent that we can progress and advance our Art. When Bill Evans played with Miles Davis and John Coltrane and Cannonball Adderley, do you think they were worrying about how it looked? Do you think they worried that they might not be appealing to an All Black/All White crowd? No, they fucking knew that what they were doing would live for as long as there were created things. That diversity of talent made what they were doing something truly great.

The more perspectives, the more cultural knowledge, the better! I mean, seriously, how can it be that more knowledge is worse when it comes to crafting Art that gets to the root causes and feelings of human experience? RHETORICAL QUESTION OKAY. I have been told that I shouldn't like R&B because that's black music, and because that's something I can never truly understand. Well, leaving aside that I may need some help relating to what it is to be a black woman or a black man or a black transgender individual, I reject wholly and utterly the idea that I can't relate to the music. I can, because I do. I do every day of my life. I do in the way I breathe and the way I walk and think and act. That is because racism is a scam and an illusion: something that seeks to separate people who don't need separating. "And I was broken, I was broken, I was so broke."

"And the caravan is on its way. I can hear the merry gypsy play." LA LALALALA LA. White people doing black music and black people doing white music. Cultural exchange makes us stronger and better and closer to the purity of our souls. Let us give more than we take, and leave that beauty that we see in another culture with more than it had when we first took from it. So you know, it's got soul. LA LA LALALA. The caravan is painted red and white, that means everybody's staying overnight. Diversity in artistic exchange means we can all put that horrible shit behind us and get down to what is really wrong. I long just to hold you tight, so maybe I can feel you. Sweet lady of the night, I shall reveal you. TURN IT UP. TURN IT UP. LITTLE BIT HIGHER. RADIO.

When I saw Michael in Moonwalker when I was a boy, I knew right then and there that this music would forever capture my heart and my desire to create. This is diversity. This is what diversity means for us. Not that self-pitying bullshit that defines the rigid and selfish and deluded power hungry fucks who can't imagine a future where they can't get their cocks sucked for being aggressive, obnoxious and predatory assholes. Diversity is a future for all of us. Not just the chosen few, but for all who want to live and love and create. Let's embrace that future, and reject the hateful ideologies that seek to seal up the future for one viewpoint, one gender, one sexuality and one artistic persuasion.