Why I Love Super R&B Group 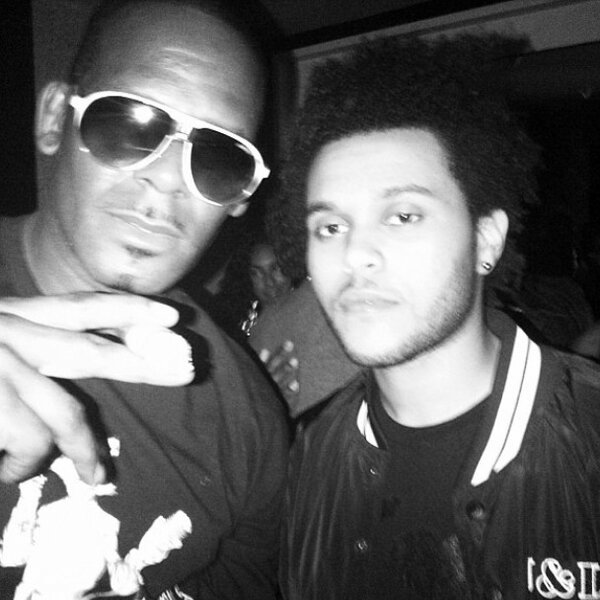 R&B is my favourite genre in music, as you may know. I thought it would be fun to create a dream R&B super group, and talk about why these people would combine to make something truly stunning and sensual, so that is what I'm doing. I include below the members of the group, along with a few words about why they were chosen, as well as a set-list for the debut concert. Enjoy!

The most talented musician of his generation, and nearly as influential as Michael Jackson for influencing countless artists. The depth of his catalogue means that there are always going to be hits ready to drop and given Kells' supreme ability to collaborate with artists and make music that suits them rather than his own ego, you know that he will gel well with the other members of the group. The elder statesman and the greatest performer, producer and writer on this list.

Backing up Kells with a guiding hand and the second most experience of anyone in the group is Craig David, the greatest R&B artist to come from the UK, and one of the most charismatic and musically compelling artists in the last two decades. He has hooks for days and a great sense of love in what he does. Gone is the insecure victim of comedic bullying and here to stay is one of the most talented people working in R&B, and given the incredible level of talent on display in the genre in 2018, that is saying something.

The new Michael Jackson, and yes I'm serious. The Weeknd is the shining star in Noir R&B and has done more than anyone else, including great artists like Frank Ocean and Miguel, to transform the genre from a stale and dying affair to the most exciting, vital and emotionally satisfying genre in music. Abel has done some excellent guest spots, from Rick Ross to Lana Del Rey, so you know that he can work well with others. Throw in, his friendship and creative collaboration with Drake and you have a sublime bit of super R&B group talent!

There was some unfortunate guff between The-Dream and The Weeknd some years back, but with The-Dream's friendly relationship with R. Kelly and Drake should cool any heat and bring The-Dream's stellar record in writing, production and performance into the group and help them reach a new level of excellence!

The best R&B newcomer, and someone whose debut LP Ology was the best album of 2016, beating Frank Ocean's Blonde and The Weeknd's Starboy. His voice may be the most stunning of this group, with a falsetto that'll kill ya.

Mariah Carey has immense talent, and owing partially to the snobbery around Pop and R&B, as well as a general tendency to diminish the work of black people and black women in particular, she is frequently disrespected. People like to think of her as some kind of freak natural occurrence, instead of one of the most accomplished and brilliant artists working.

R&B has a rewarding relationship with Rap, and so there is no-one better to pick than Drake, as he is both a stunning rapper as well as being one of the best R&B artists working. He has collaborated with many people and always brings the goods whether on a Rap verse as on A$AP Rocky's Fuckin Problems or with a gorgeous melody as on Beyonce's Mine. The special relationship with The Weeknd is a wild card and could create something truly great.