Why I Love The Last of Us 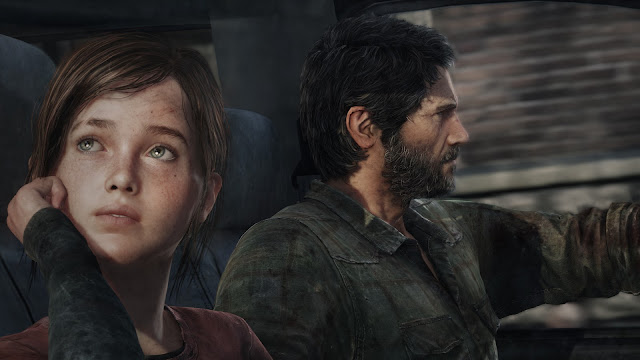 "I've struggled... a long time with surviving and you... no matter what... you keep finding something to fight for. Now, I know that's not what you want to hear right now, but it's..." "Swear to me. Swear to me that everything you said about the fireflies is true." "I Swear." "Okay."

The Last of Us, developed by Kings of Detail and Immersion, Naughty Dog, is one of the most impressive melding of storytelling with compelling gameplay mechanics that I have ever seen. It is a thrilling, brilliant work that gets to something deep about desperation and love and desperate love. Zombies are everywhere, and it takes a Danny Boyle style shift to make them relevant, interesting and most importantly scary again. The Last of Us manages to do this through some stellar creature design and concepts, and most persuasively through telling a story that hooks you from the first to the last. The Last of Us is, along with Max Payne 3 and of course that bastion of blood and carnage Mortal Kombat 9, full of some of the medium's most brutal and visceral aesthetic violence. The severity of caving in a man's skull with a brick, while he begs for his life, is fully in keeping with the story, of course.

While I fully embrace the beauty and chaos of the combat and its unerring persuasive power for the player to want to embody a desperate and cruel man, it is with some chuckles that I compare the reaction to The Last of Us and its epic and sadistic mass slaughter, and that of Bioshock Infinite. The key to accepting one and not the other, is the inclusion of ZOMBIES. Not understanding how that violence reflects and informs the story being told - Infinite operates from beginning to end on the basis that Booker DeWitt is a terrible person - or indeed giving credit to similar techniques to inform the player that what they are doing is NOT ALRIGHT - both The Last of Us and Bioshock Infinite have non-playable companion characters commenting on the mass murder of other people - and hell not the way that this moral complicity reflects on the player as an active participant in terrible crimes against humanity. If it's zombies and the end of the world, all bets are off, and the exceptionally comfortable opinion piece writers in their exceptionally comfortable sweaters choose not to bring down their unpredictable moral hammer.

The way The Last of Us pushes the player to confront the fragility of their moral norms is one of its strongest points, and something which it shares with Infinite and indeed at times with another great game from 2013, Grand Theft Auto 5. When Joel behaves in a supremely selfish and vicious manner, in order to avoid having to lose another loved one, it is deep in the player's DNA, so long has the player embodied that character and seen through his eyes. The game, much like Infinite, relies on the player's and Joel's relationship with Ellie, a young woman who has only known life with rations and clickers and martial law. That two games came out in the same year that pushed the boundaries for prominence, complexity and stereotype smashing when it comes to female characters in video games, is remarkable. The fact that this was on the BIG STAGE, means so much more than it does for admittedly brilliant and courageous smaller releases. And five years later, we are still looking to the examples set by Naughty Dog and Irrational Game's work and seeing their influence on so many games, and on the battle to see true diversity and creativity take deep roots in video games.

There are so many stunning sequences in The Last of Us that is difficult to pin down moments to expand on, but here I go anyway. The entire chunk of The Hotel is some of the best, tensest, most deliriously dark and scary, Horror that I have read, seen or played. In one section, Naughty Dog put themselves at the very top of the Survival Horror genre, and pretty much responded to the dominance of Resident Evil 4 with a TKO, on the floor, drooling blood and needing immediate medical attention shot of epic fucking proportions. That Shinji Mikami was not influenced by The Last of Us with The Evil Within seems to me, to be an unlikely proposition. He had to have been, such is the strength and power of Naughty Dog's game. The Hotel is also where I became fully in sync with the combat and stealth mechanics, and mastered the way the game should be played, i.e., stealth in every hand and a tasty shiv in the ears of unsuspecting clickers.

This gets me to another thing I thought I should cover here: the way the game persuades you that resources are limited, even when they clearly aren't to any meaningful degree on Normal or Easy. This is a hell of a trick, and something which I feel is not understood by many folks who prefer that lack of resources to be up front and center. Lacking resources is not really something I enjoy playing through for any length of time. A little bit of it is fine, and I can enjoy it, but stretching it out over a long game can get tedious as fuck, pretty damn fast. The Last of Us manages to trick the player into conserving what they don't need to conserve, so believable and persuasive is the story telling on display. This is the best of all possible worlds. You feel like you're in a Cormac McCarthy novel, but you can still get your kicks by upgrading the spread of your shotgun and scattering brains on the wall.

Naughty Dog have made some of the best video games of the last two decades, by paying attention to the details in a way that very few developers have the chops (or resources) for. The Last of Us expresses that sense of detail in a way that hits fiercely with BIG, powerful emotions that devastate even as they give you a thrill. It is easy to make the case for The Last of Us being one of the great games of its generation, just as it is to say that it is Naughty Dog's masterpiece. After playing it twice in the last couple of weeks, I am confident that it is both one of the great games of its generation and that it is indeed Naughty Dog's greatest work. Well done, all involved.