Why I Love My Nurses 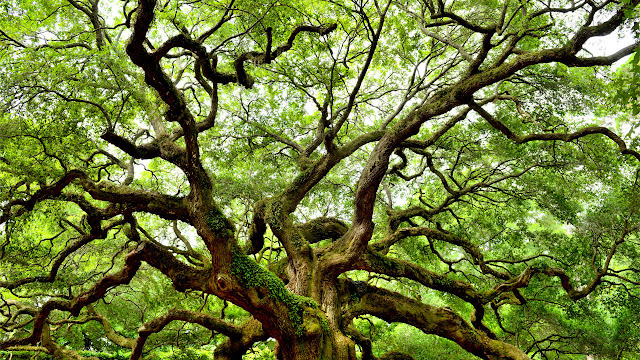 When I was at my sickest, I had no hope. No hope for the future, no hope for my present and constantly in pain over my past. When I was at my sickest, I was flirting with some kind of libertarian spin on the world. It was, it seemed to me, all of the good parts of Anarchism with none of the downsides - or to be more accurate, fewer downsides. I am reminded of the great Woody Allen film Everyone Says I Love You, there is some considerable crossover between mental and physical illness and being right wing. I rejected socialism as an assault on our personal freedoms to be as greedy and uncaring as we desire. When I was at my sickest, when I didn't want to leave my room, let alone the house, my life was saved by my family and friends yes, but most of all by the dedicated women and men who made sure that I didn't take the selfish and easy way out, but stuck around to be filled with hope somewhere down the road.

I am not going to name my two nurses, but they know who they are, and I hope that they read this and feel in their hearts how important they were in my recovery. My first nurse found me when I was at my worst. She had to visit me several times before I felt capable of leaving the house with her. My triggers were people coughing and later people whistling. I felt that people thought that I was a monster and were joined in punishing me for my uncaring and unfeeling behavior. I know it sounds ridiculous now, especially considering the fact that none of my friends or family heard of anything or abandoned me in my darkest hour (which they surely would have done, had any of these hypothetical allegations been concrete).

My first nurse was exactly whom I needed, at that point in the game. She gently but firmly insisted that I rejoin the human race. We went on walks in Dun Laoghaire on the pier, and I slowly but surely came back to myself. After being lost in a haze of severe depression, anxiety and paranoia, I started to find my feet again. I regained my loves and passions, and had many great conversations with my first nurse and at the start her student helper. I never got to say goodbye to my first nurse, but I hope this finds her, and I hope she is well.  I can never repay her, but I hope this piece can in some small part communicate how deeply I care for her, and how much I appreciate her helping me become a human being again.

If my first nurse made me feel human again, my second nurse helped me regain not just a perfunctory pottering around, but an honest to goodness sense of hustle and achievement. She saw me through the death of my father Noel, just over a year ago. She is one of the best human beings I have ever met, and I am so blessed to have had her in my life. When she told me that she would be switching over to another team, it hit me hard, but my heart was so full at the distance we had covered together, and how much better off I was after her help than I was before.

I discarded all of my libertarian ideas when I saw with my own eyes how caring and democratic socialist health care can be. For the first time in my life, I felt like the people who were helping me, actually cared. They weren't doing this because I was giving them a minimum of 50 euro a visit. They were doing it because they didn't want to see me end up being a statistic. So thank you, my friends, you helped me in a huge way that I can never pay back.