Why I Love Quitting Smoking 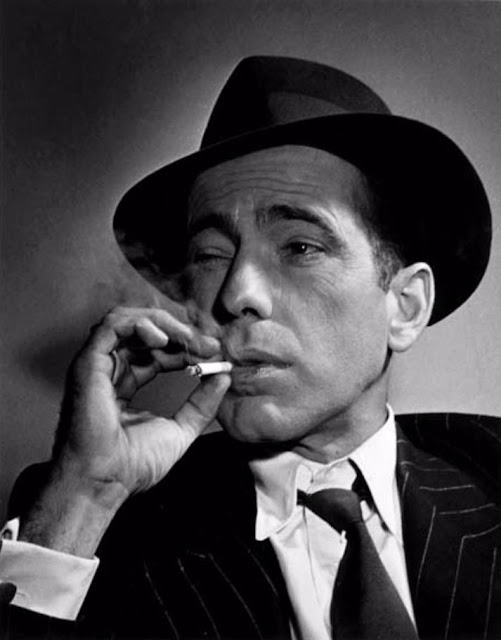 "Giving up smoking is the easiest thing in the world. I know because I've done it thousands of times." - Mark Twain

I started smoking cigars many years back. I liked the flavour and the social benefits that come from congregating in beer gardens and talking to people you wouldn't usually talk to. Cigars were easy to pick up and put down. They do not have nearly the same addictive quality that cigarettes have. I started smoking cigarettes because of my friend Conor, who would regularly have a pack and would offer me one or two when we were drinking. Something people don't tell you in warning you not to start smoking is that not only are they perfectly addictive things, but that for a while you actually get a high from them. This fuzzy headed, dizzy feeling was something that I started really missing when I would have a drink, so I started to buy packets for myself. It took a while for me to get properly hooked. At first I was able to control where and when I would smoke. Soon enough though, I would feel very bad if I don't have a packet on me. Withdrawal results in your body pushing you to get a new packet by any means necessary.

Smoking has many benefits which they don't really explain to you when they give you the worst likely outcomes. It is a tremendously effective social aid, especially for people like me who get pretty bad anxiety when trying to mix with people and make new friends. It is also a lovely break in a tough day. You step out into the outside world, and you have a few minutes just to yourself. Smoking after meals is always a good time, as is the first cigarette of the day. The downsides however are not only of a serious medical nature, but of a financial one too. I generally smoke about eight to ten cigarettes a day, sometimes more if I'm drinking. So for a week, I am potentially paying nearly 50 euro a week, which is insanity.

Smoking is very like cracking your knuckles. It's pure habit, and while you may think that it's going to be satisfying, it rarely is. It quickly becomes something that is just something you do to feel normal. When you begin to embrace the weird withdrawal feelings though, you begin to see that you are not actually a slave to smoking, and that you do have the power to stop. I am currently in my latest attempt to stop for good, and I find something thrilling about the feeling of withdrawing, knowing that soon enough I won't have the burden on my shoulders. I will have more money, which I can spend on good artistic things, and most importantly I will be investing in a long life without the multitude of problems that come from smoking.

When you get into smoking, every time you see someone in a movie taking a puff, you feel a desire to have a smoke. Humphrey Bogart movies are the worst in this respect, not only because they making smoking look cool as fuck, but also because the way they are shot they look like the most delicious thing you can do. Mad Men is also a bad one to watch when you are trying to quit. That goes for drinking too, as seriously nearly every scene involves the characters drinking whiskey and smoking Lucky Strike. I will know that I have quit for good when watching Don Draper and Roger Sterling doesn't make me run to the local shop to buy a pack of Camels.

Camels have been my brand for the past couple of years, largely because they are the cheapest cigarettes available - up to 11.20 euro now though. I generally think that it's funny when I hear people who refuse to consume anything but "their" brand, but I find myself a slave to the idea that Camels are for me. (I secretly prefer Marlboro Gold, but they're a good bit more expensive so I commit to Camels.) Give it time and we will see if this attempt to quit will be successful, but I know that I'm going to keep trying until I do it. I do not regret smoking - I enjoyed it for the most part - but the time has come to let it go.