Why I Love Spotify 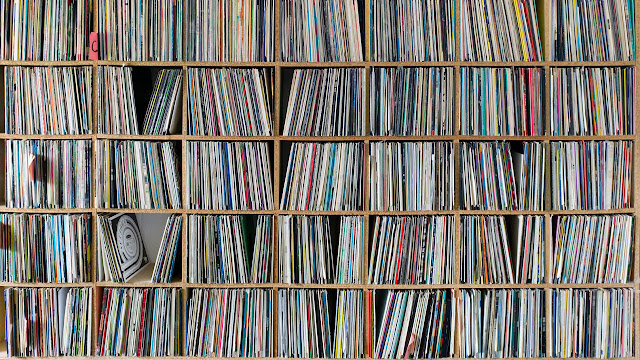 I used to pay a lot of money on music. I remember one birthday where I must have spent 200 euro in one go. It was money well spent. It took me years to acquire the entire catalogues of my favourite musicians: Brian Wilson and The Beach Boys, Lou Reed, Bob Dylan, Prince and R. Kelly. I searched for every hard to get album, every box-set, every bootleg of unreleased material. I treasure those times and the thrill that came with adding one more piece to the puzzle of these artists that I admired so. I get waves of obsession over artists, in every medium, but I don't think anything is as important to me as music is. (I am currently in a Weeknd obsession). I got a great education through my brother and parents, though especially my brother. Martin taught me that it is vital to have a broad understanding of genres, even those I didn't immediately connect with.

I learned how to knock down my prejudices and understand the reasons why different genres meant so much to their fans. I never thought I would be able to get into Jazz for instance, because as much as I love music, I know very little about music theory that would allow me to understand why one chord progression is better than another. When I did get into Jazz, it was like something clicked in my mind, acquiring, as Bill Evans would put it, a universal musical mind. As many albums as I bought and borrowed, I could never, ever, have hoped to compare with the sheer enormity of the music catalogue on Spotify. It is astonishing to consider the depth and variety of music to be found on Spotify. It is my favourite thing on the internet and, really, in life.

I was not prepared for Spotify. I had heard some good things about it, but I was skeptical. How could an online streaming service hope to compete with the rewards of hunting down albums in physical form? Spotify quite simply makes physical copies of music seem entirely redundant. Not only for the sheer numbers of albums available at a tiny fraction of their worth - 10 euro - but also for the way that the service's recommendation and related algorithms nearly entirely remove the need for critical outlets like Pitchfork and the AV Club. This is one of the big positives of Spotify for me, as I find the clique driven music writing of these websites to be an irritation and a diversion from the true pursuit of good art. Every day that I wake up and realize that I have access to more music than I could ever hope to consume, every damn day, I am filled with joy to be lucky enough to be living in 2018.

I have gotten into so many artists through Spotify, using the related artists to good effect and also the wonderful predictability/unpredictability of the radio stations. Gallant, the artist behind the best album of 2016, Ology, was recommended through listening to The Weeknd. There is little of standard music critic bias in Spotify recommending artists to the listener. There are no value judgements of the kind that tell people whether they are smart, savvy people: there's just a simple recognition of musicians that work in a similar style or genre. You may like them, you may not, but that choice is yours, not the chosen, hip, music publication or the cliques you surround yourself with.

Mixtapes and compilations have become playlists, and while I did get some considerable joy in making physical gifts to friends, lovers and family, Spotify has again made them seem obsolete and cripplingly limited in scope. Here there are no boundaries or limits. You can create a playlist that last hundreds of hours, either to shuffle through or to carefully craft for the listener. I have to mention my playlist The Songs That Will Make You Human. It is currently at 1,799 songs, lasting nearly 127 hours. It is a combination of R&B, Soul, Funk, Rock N Roll, Jazz and Pop, and it is one of my proudest achievements. It is still regularly updated today. I started a new playlist yesterday with a similar philosophy for Country, Folk and Rock, called Secondary Modern 2018. I hope that it will grow and develop as The Songs That Will Make You Human has.

It infuriates me to think that there are still people out there who refuse to pay for music. I mean, ten euro a month, that's not even the price of one new album when CDs were bought as much as burritos. The people who are still on the piracy bandwagon, after the incredible value of Spotify was made apparent, are on the wrong side of history, and their selfish, solipsistic disregard for the difficulty of being a professional musician deserves all manner of ire. What about the paltry money that Spotify pays artists, I hear you cry? Spotify isn't perfect by any means, but consider this: along with iTunes, it broke the habit of piracy as the default method of getting music. There may be many improvements to come, but surely the streaming model will one day be able to support an ascendant music industry. Whether this is through incentivizing the purchase of an album, combined with streaming, or some other, as of yet, unknown method, Spotify is surely the best bet that the recording industry have before them. It is also perhaps the greatest artistic achievement of modern times. The largest collection of music in the world, in your pocket. Absolutely magic.