Why I Love Starboy 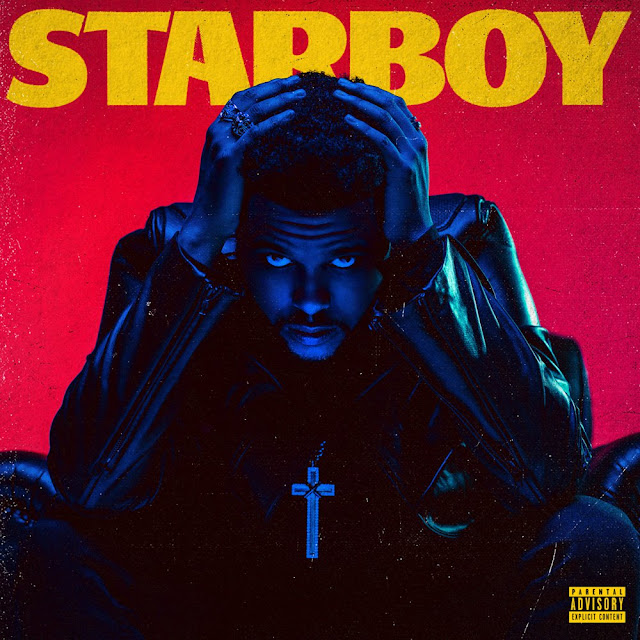 "Record man play my song on the radio

You too busy tryna find that blue-eyed soul
I let my black hair grow and my weed smoke
And I swear too much on the regular
We gone let them hits fly, we gone let it go
If it ain't XO then it gotta go
I just won a new award for a kids show
Talking 'bout a face numbing off a bag a blow
I'm like goddamn bitch, I am not a Teen Choice
Goddamn bitch, I am not a bleach boy
Whip game, make a nigga understand though
Got that Hannibal, Silence of the Lambo
Hit the gas so hard make it rotate
All my niggas blew up like a propane
All these R&B niggas be so lame
Got a sweet Asian chick, she go low mane
You know me, you know man, you know me
Every time you try to forget who I am
I'll be right there to remind you again
You know me, you know me."

I remember the day that I first heard Starboy. I was waiting for a meeting with my tutor in Trinity College, Dublin, and I was incredibly anxious. I had my laptop with me and a pair of headphones. As I waited for the appointment I played Starboy for the first time. I was well acquainted with the singles off of the album, from the Daft Punk produced title track to the sex fueled haze of Party Monster, I was a big fan of the progression of The Weeknd's sound. When I heard the album in full, I was left in no doubt that The Weeknd is the greatest person making music today. It was fresh and full of glorious hooks and production at the top of the game. While Beauty Behind The Madness had many amazing tracks on it - Tell Your Friends alone secures it a place among the best albums released in 2015 - its scattershot approach marked it as a slight misstep in the career of Abel Tesfaye. Starboy is from start to finish, a supremely confident and cohesive listening experience that ranks among The Weeknd's best work.

Daft Punk produced two tracks on Starboy, the hypnotic title track and the Michael Jackson flavoured I Feel It Coming, which closes the album. The video marks the second of three times when The Weeknd has killed himself in a music video - the other two being Tell Your Friends where he buries himself alive, and False Alarm where he shoots himself in the head - and the suffocation of the Beauty Behind The Madness, extravagantly haired, Abel is deeply symbolic of Starboy marking a new period in his career and life. Abel said that he heard the beat for Starboy while working on I Feel It Coming, promptly stopped the session and began working on the title track. Starboy is just as immaculately constructed a radio hit as Can't Feel My Face, and is in my opinion the better song. Daft Punk + The Weeknd = magic. I Feel It Coming is something that Michael Jackson could have easily written, its beauty and craft on an elite level. The Weeknd's ability to make love songs, full of melancholy, is peerless in Noir R&B and music in general. His touch for making songs that are at once desperate and lonely, and yet still full of love and veneration of women, mark him as one of the great artists in the genre, and in my opinion the greatest.

Reminder, a later single from Starboy, is a good many people's favourite track on the album, and it is high up my list. If it ain't XO then it gotta go. The video featuring A$AP Rocky and Drake, is my favourite of all of the singles. What I wouldn't give to just be around these people, chilling out and having drinks... XO for life! The production on Reminder is, as with the entire album, so on point and seductive. Shout out to the legendary and XO original producer Doc McKinney for his amazing work on this track and the album at large. Those who think that The Weeknd abandoned his early House of Balloons style should have a listen to Six Feet Under, Attention and Party Monster and realize that he didn't leave it behind, he just progressed the sound. I don't see anything wrong with Abel expanding his sound beyond the House of Balloons/Thursday/Echoes of Silence style. I mean we got THREE albums - mixtapes are albums okay? - in that style. Nothing wrong with doing a bit of Disco R&B or Pop R&B, especially if they turn out as captivating and compelling as they are on Starboy. I particularly love the Off the Wall vibes of A Lonely Night, a song that convinced my friend Conor that The Weeknd was pretty damn good.

Starboy is Noir R&B, don't be confused. Just listen to the words on the underrated, Noir as Fuck, Ordinary Life:

"Heaven in her mouth, got a hell of a tongue
I can feel her teeth when I drive on a bump
Fingers letting go of the wheel when I cum
Whe-wheel when I cum, whe-wheel when I cum
David Carradine, I'ma die when I cum
She just givin' head, she don't know what I've done
Like I'm James Dean, I'ma die when I'm young
Die when I'm young, die when I'm young
Heaven knows that I've been told
Paid for the life that I chose
If I could, I'd trade it all
Trade it for a halo
And she said that she'll pray for me
I said, "It's too late for me
'Cause I think it's safe to say"
This ain't ordinary life
This ain't ordinary life
This ain't ordinary life
This ain't ordinary life
No ordinary life."
Does this really sound like Abel is trying to discard the Noir soundscapes of his early work? No. No, it doesn't. Six Feet Under is a play on the same elements as The Weeknd examined on the brilliant, savage and altogether underplayed Belong To The World from Kiss Land, prior to My Dear Melancholy, his greatest work. Get that paper. Still getting faded. Still fucking til you're raw. Party Monster: woke up by a girl, I don't even know her name. Attention could fit easily on Thursday, between Rolling Stone and Heaven or Las Vegas. Along with this Noir as hell material, we get some Michael Jackson stretching of the limbs, with straight up slow jams like True Colors, one of the most beautiful songs that The Weeknd has ever recorded, straight up dance numbers like Rockin' and the already mentioned A Lonely Night. Yet, it's still fueled by addiction to illicit substances, mindless sex and a belief that only the good die young. On Rockin, he says "This liquor got me crazy, mixed with this Adderall." This is Noir R&B, make no mistake. Given that Michael Jackson is, along with Prince and R. Kelly, The Weeknd's biggest influence, it is entirely correct that he should make a song as upbeat as Rockin, even if it holds a dark secret in the energetic production and performance.
Starboy is unarguably more successful than Beauty Behind The Madness in the way it marries Noir R&B with Pop and Disco into a nearly seamless end result. It is an interesting contrast to My Dear Melancholy, and if we *do* get another EP (or two) this year, I reckon we will be able to do a Prince style double album with Starboy being the Lovesexy to My Dear Melancholy,'s Black Album. We should take a lesson from Prince and Michael Jackson in how people tried to box them in to just doing one thing well, when they wanted to explore many different styles and genres. Starboy shows a confidence and ability to do more than just the House of Balloons style, and we should appreciate that we have an artist as versatile and talented as The Weeknd with us in 2018. Roll on EP number 2!