Why I Love Beauty Behind The Madness 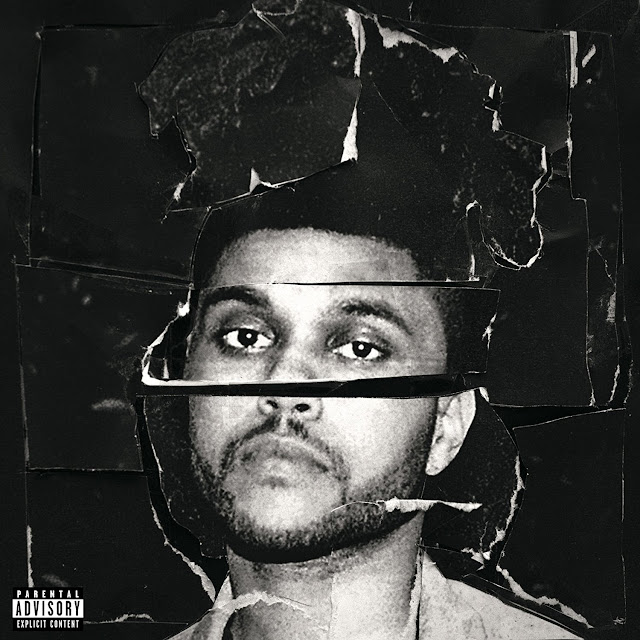 "Tell 'em this boy wasn't meant for lovin'
Tell 'em this heart doesn't stay to one
I'll be the same, never changed for nothin'
It's all I know, never learned much more

Mama called me destructive, oh yeah
Said it'd ruin me one day, yeah
Cause every woman that loved me, oh yeah
I seemed to push them away

Beauty Behind The Madness was released in 2015, just under two years after Kiss Land. It is the breakout album of The Weeknd, for how it elevated him to much more prominent place in popular culture and music. In spite of some issues with a few of the songs on the album, it features some tremendously strong tracks that elevated Abel, not only in terms of fame, but in terms of artistic achievement. When you consider the supreme quality of the Kanye West co-produced Tell Your Friends, it is quite unlike anything that The Weeknd had released up until that point. It retains the sexually frank, Noir R&B, nature of his four previous projects, but crafted a supremely confident and compelling production around it and created a new sound for The Weeknd. I have already written about why Tell Your Friends is one of my favourite songs of the last decade here, but let me just touch on a couple of reasons why the song is on a short list for best material released by the artist.

Good God, is that an immaculate, addictive and just plain cool as fuck chorus. Tell Your Friends is the evidence that The Weeknd pursuing a wider audience does not mean abandoning his roots. There is more emotional complexity to the lines "I was broken, I was broken, I was so broke..." than in anything he recorded for Trilogy or Kiss Land, and considering the artistry and insight on those albums, that is really saying something. Abel channels Michael with these lines; the melancholy of his vocal yearning for something that can fill the hole in his heart. I swear, Tell Your Friends alone would make Beauty Behind The Madness worth a listen, thankfully there are even more great songs on it.

Coupled with the brilliant video single, King of the Fall, also released in 2014, Often is The Weeknd pushing the boundaries of filth that his music always pushed the limits of. Often is one of the songs that I think of when people make the argument that Abel has abandoned his early sound and style in favour of Pop music credentials. Well, the only Pop artists I can think of that were so resolutely anti-Pop in terms of themes and content, are Prince and R. Kelly, and even those pulled back a bit to grab that much needed #1 hit. The Weeknd releasing Often as the first single is a shout out to the original XO crew, that while there may be Big Time hits, the original sound is still present in everything he does, even if it has naturally and necessarily progressed from its starting point.

Two of the other singles on the album, The Hills and the megahit Can't Feel My Face, make that argument just as strongly. I mean I genuinely can't imagine any other artist releasing a SINGLE like The Hills with the chorus "I only call you when it's half past five. The only time that I'll be by your side. I only love it when you touch me, not feel me. When I'm fucked up, that's the real me
When I'm fucked up, that's the real me." Couple that with the line "I'mma let you know and keep it simple. Tryna keep it up don't seem so simple. I just fucked two bitches 'fore I saw you. And you gon' have to do it at my tempo," and see that Beauty Behind The Madness is just as authentically Noir R&B than anything that preceded it.

Can't Feel My Face, while not being quite as forthright in sexual matters, is just as unusual a song for such a big hit. It is a song about the numbness and emotional isolation that comes from treating women like drugs and drugs like women. The song is the most reminiscent of Michael Jackson than any of the songs Abel has released - with the obvious exception of the Dirty Diana cover - and Quincy Jones himself complemented The Weeknd on the similar quality and style of the song to Michael's up tempo, dance heavy numbers. It's not a surprise that Can't Feel My Face was Abel's first, truly breakout hit, given its progression of the core House of Balloons thematic concerns with an unashamedly popularly geared production style. It's XO for days, but its ambitions are on a much grander scale.

I love that The Weeknd has developed from his beginnings to become someone who can do a straight up love song/slow jam like As You Are. "Even though you'll break my heart..." As with everything Abel does, the context is key. This song is played against the backdrop of making pussies rain and fucking two bitches at once, so the chorus of taking a woman as she is, brings to mind all of the excess and emotional desolation that typifies The Weeknd's work, both past and present. The straight ahead love song is made all the more powerful and effective because of this contrast. Shameless is a song that has only grown more powerful with age, and it is a song that I am ashamed to say that I didn't immediately connect with upon its release nearly three years ago. Today, in 2018, it is possibly my favourite on the album, for its stripped down, naked production and a performance from Abel that ranks among his very best.

During my article for Starboy a few days ago, I called Beauty Behind The Madness, a slight misstep and I still hold to that view, even though I obviously love it quite a bit. The issues do indeed come from aspiring to a mainstream hit, even while being conflicted over how to do it. There are three duets on the album and apart from the Lana Del Rey featuring Prisoner, which I quite enjoy, the other two, Losers with Labrinth and Dark Times with Ed Sheeran, don't hit for me. I quite like them on their own terms, but they add nothing substantial to the flow of the album and end up feeling like strange sidetracks that don't lead anywhere meaningful. Throw in the closing, dreary, stock song Angel, and you have the first time that Abel missed the mark in a significant way.

The album is though, in spite of these misses still pretty damn good, and I love it all the same. Yes, there are a few low moments, but the highs are arguably higher than any that appeared on the previous four albums, especially Tell Your Friends, Often and Can't Feel My Face. Abel would come to learn a lot from the experience of finally attaining the mainstream, mega-hit, mega-famous stature that he deserved from day one, by being far more cohesive and confident on Starboy, which arrived little over a year later. Beauty Behind The Madness will be remembered in a similar way to The Beach Boys' 20/20: a bunch of great tracks thrown together with some minor ones, that manage to make the listening experience very enjoyable, even while the cohesion of the album is admittedly lacking. He wouldn't make that mistake again, releasing two projects since 2015 that are remarkably of a piece and consistently good from start to finish, with My Dear Melancholy, being particularly sophisticated and artistically rich.