Why I Love Thursday and Echoes of Silence 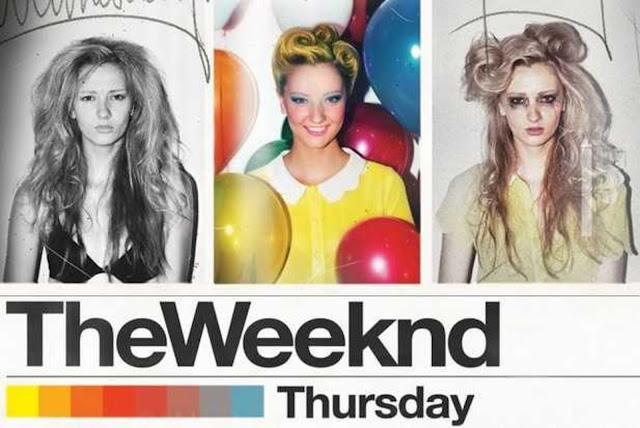 Let's start with Thursday. There are some devastating tracks on here. The Birds Pts 1 and 2, Rolling Stone, Gone and The Zone are all in regular rotation here in Muggins HQ. The Birds Pt 2 is particularly atmospheric and meaningful. "Woah... with a nigga like me. Woah... with a nigga like me. She said please, mercy me, mercy me. Let me fall out of love before you fuck her. Before you fuck her." This is a Noir kind of love; something that echoes the tragic love expressed in James Ellroy novels and movies like Roman Polanski's masterpiece, Chinatown. Those who think that The Weeknd wasn't concerned with love songs prior to Kiss Land are not paying attention. He has always held love to be an important theme, even if it was twisted and strange. The Birds Pt 2 is a love song. It's a love song for the isolated and the melancholy, something that My Dear Melancholy, returned to in force.

Gone, an epic eight minute + track, is one of the most hypnotic and beautiful songs on the album, and something that I would absolutely love to be able to perform. "I've been gone... I've been gone..." The Zone, another lengthy track with a killer production, features Drake with an on point rap verse. It is a terrible shame that we never got an OVOXO album, though seeing as they are on good terms again, I guess maybe one day we will see one. "All these broken hearts on that pole. Man if pole dancing's an art, you know how many fucking artists I know?" The excess and terrifying place of drugs in The Weeknd's music is summed up on The Zone: "Why you rushing me baby? I don't want to die tonight baby, so let me sip this slow." I Was Never There on My Dear Melancholy, reminds me of The Zone with the lyrics: "Oh and now I know what love is. And I know it ain't you for sure. You'd rather something toxic, so I'll poison myself again, again, til I feel nothing in my soul. I'm on the edge of something breaking. I feel my mind is slowly fading. If I keep going, I won't make it. If I keep going, I won't make it. And it's all because of you." 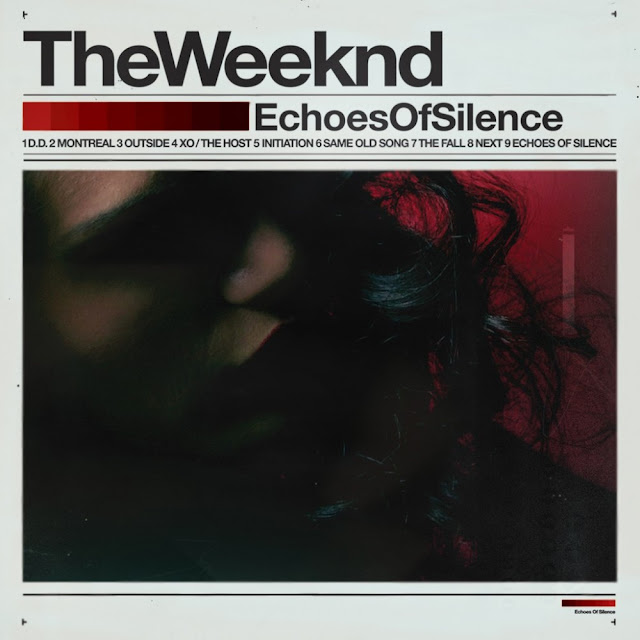 Echoes of Silence is the least appreciated of the Trilogy mixtapes, which is unfair, considering it is just as good as the previous two albums, even if it is no longer as surprising or fresh. This is to be expected as you can only break new ground like House of Balloons once, if you're lucky. There are many great tracks on Echoes of Silence, though my favourites are certainly Outside, Montreal, the stunning cover of Michael's Dirty Diana and the Neo Camille/Prince track Initiation. Dirty Diana is a song that obviously had a huge impact and influence on The Weeknd, for marrying a dark and powerful emotional wallop with an angelic vocal. Abel has said that he was lucky to get away with covering one of the greatest artists of the 20th Century, but he is being too humble here. I never thought anyone could cover Michael's Dirty Diana until I heard The Weeknd, and then it all made sense. D.D. is along with R. Kelly's You Are Not Alone from the Love Letter album and Mariah Carey's I'll Be There, one of the few covers of an MJ song that actually brings something new and compelling to the song.
Initiation is a deliciously dark, bleak and disturbing channeling of Prince's Camille, just as surrounded in hell fire and shadows as the unreleased self-titled album and indeed The Black Album - credited as a Camille project during the Lovesexy Tour for those who don't know. "I got a test for you. You say you want my heart. Well baby you can have it all. There's just something that I need from you is to meet my boys." Some people get worried that The Weeknd is someone who is, and I hate to use that infuriating and irritating word, "problematic," but this is to entirely misunderstand the place that Noir has in the new R&B. The same kind of people had an issue with Dirty Diana too. They said it was misogynistic, completely ignoring that these kinds of people exist all over, and that to document something from reality is hardly to make aspersions on women in general, just as to raise the issue of "toxic masculinity" should not be to make generally negative claims about men.
Outside is my favourite song on Echoes of Silence. I remember seeing it on a recording of The Weeknd's first performance at Coachella and just being staggered by its beauty. It is an exaltation of the physical and a song that will live in R&B legend for many decades to come.
While House of Balloons is unarguably the most important album of the Trilogy mixtapes, I think we have seen here that both Thursday and Echoes of Silence can be spoken of in the same breath as being supremely accomplished productions with writing and performance that rival anything in the new R&B, and music in general. With the heavily rumoured follow up to My Dear Melancholy, We're Alone Together, hopefully on the way, we can take some time to appreciate the sheer volume of amazing songs that Abel Tesfaye has given to us over the last seven years. The Weeknd is the greatest musician working, and a trip back to his formative years is well worth the trip.