WHY I LOVE THE BEACH BOYS 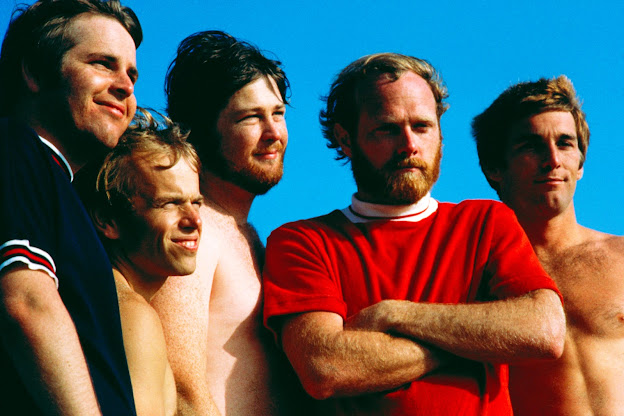 I have loved The Beach Boys for over 20 years. When I was going through some of my hardest times growing up, they were a constant and powerful uplifting presence in my life. I have seen Brian Wilson live, three times, and was there in Glasgow on the SMiLE tour when he and Van Dyke Parks finally finished the album. The Beach Boys were among the first true musical obsessions of my life. They overtook all other concerns and considerations, and dominated my life for many years. Their music was responsible for my choosing writing as my main creative medium. Writing on the old SMiLE Shop message board, and later having a small part in my first writing being published there, helped me hone my skills and become far more adept in debate and criticism. That is somewhat beside the point however; the point being that The Beach Boys are one of the great musical/artistic loves of my life. In fact, the love I have for them is on the same level that I have for my family, my friends and my infrequent, though no less significant, romantic relationships.

I have listened to every single Beach Boys album, from the first tentative steps, as heard on 1962's Surfin' Safari to the 50th anniversary reunion album, That's Why God Made the Radio in 2012, and every single one has good stuff on it. Even at their least inspired, the power and harmony of the group endured. Unlike many other bands, who quit when things got tough, The Beach Boys kept on going. This is the main reason why the band has more than one period which could arguably be called their greatest. These include that run of great early 1960s albums from Surfer Girl to All Summer Long, the 1970s resurgence that began with 1970's Sunflower, and of course the albums that preceded and followed the supremely influential work of art that was Pet Sounds. Please find my choices for the Ten Best Beach Boys Albums, in chronological order below.