Showing posts from August, 2018
Show All

Why I Love The Anticipation of Something Great Pt 1 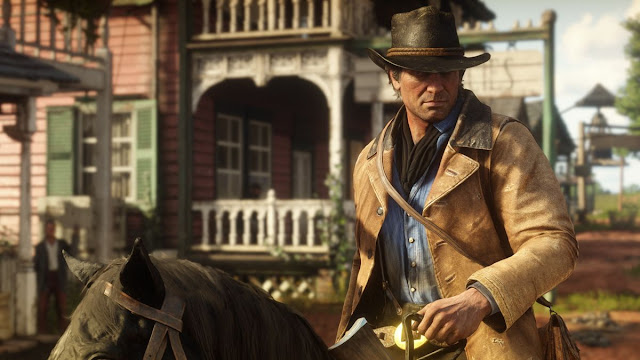 "We're more ghosts than people." Some people think that I like too many things, too passionately and with too much optimism. I happen to know however that it is not that I lack critical faculties, it is just that I much prefer talking about what I love than what I hate. This is why The City is Blinking is dedicated to cataloguing and discussing things that I love. There is way too much cynicism on the internet already, and I don't need to add to it. My birthdays and Christmas time were always incredible growing up, thanks to my father but especially my mother who always made sure that we had a special time and got things that would help in our happiness and artistic senses. I hold those times dearly in my heart and I try to bring the wonderful sense of anticipation for great artistic things into my life whenever I can. I am currently in the grip of a deep and inspiring sense of anticipation for a few works of art that are very likely to be defining experiences in
Post a Comment
Read more

"Heard about the party now Just east of Harlem Doug E's going to be there But you got to call him Even the soldiers Need a break sometimes Listen to the groove you'll Let it unwind our mind No intoxication Unless you see what I see Dancing hot and sweaty Right in front of me Call it what you like I'm going to call it how it be This is just another one Of God's gifts Musicology." A lot of people think that Prince lost it some time in the mid 90s. His increasingly strange behaviour towards his record company, namely his changing his name to an unpronounceable symbol, and penchant for writing SLAVE across his face, alienated a lot of fans who had followed Prince since the late 70s. What these people singularly fail to understand however is that, a couple of lackluster albums aside, Prince never lost it. He kept recording and releasing brilliant, dazzling and altogether innovative and beautiful work. The story of Prince's underappreciated and unacknowled
Post a Comment
Read more
More posts