Showing posts from October, 2019
Show All

Why I Love Joker 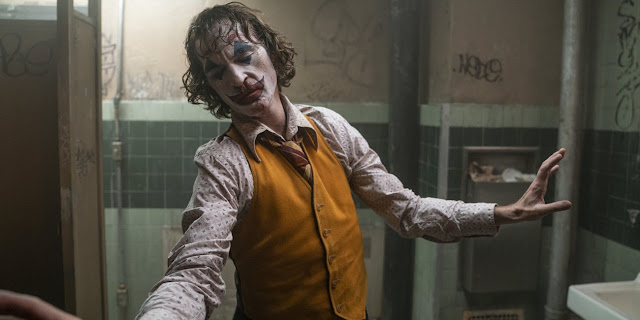 "He who makes a beast of himself relieves himself the pain of being a man." - Hunter S. Thompson Joker is a provocative film. It is truly one of the strangest major releases of the last many years. It is challenging, dark as all hell and never once flinches from its examination of an isolated and severely damaged soul. That this film was made at all in 2019 is a miracle. That it is a comic book movie is doubly strange. There has legitimately never been a comic book movie that has even approached the depth and complexity of emotion to be found here. That it was to arrive in cinemas with a fair deal of controversy is a sign, not of the film's immorality and irresponsibility, but of its fearless and courageous heart. Joker has made people uncomfortable, and that is a very good thing , for it is through this discomfort that we can examine ourselves in stark reality. Joker was directed and co-written by Todd Phillips, whose previous work did not exactly mark him out as
Post a Comment
Read more
More posts