Why I Love Blade Runner 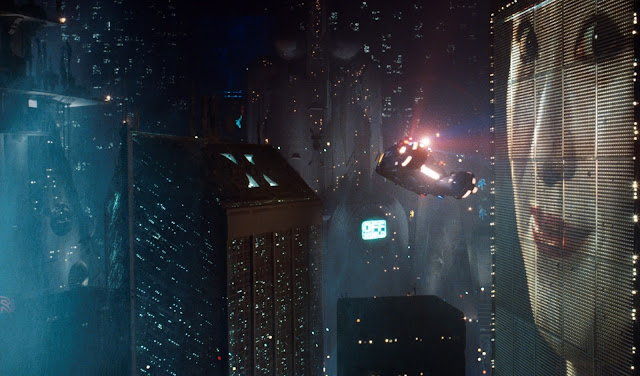 "Quite an experience to live in fear, isn't it? That's what it is to be a slave."

Blade Runner is my favourite Science Fiction film of all time. It doubles as one of my favourite Noirs too. It is based on the novel Do Androids Dream of Electric Sheep? by Phillip K. Dick but stands on its own as a great, original work. It does this through taking the themes of the novel and expanding them out in a way that, in my opinion, smooths out the flaws and replaces them with new ideas that are more powerful and universal than the book. Dick's novel is essentially about people who have no emotions and act in a way that reflects the kind of people who Dick found objectionable. In Ridley Scott's film, these replicants are seen, instead of the evildoers, as a slave class that are used to perform all the jobs human beings don't want to do. This includes sex slavery -referred to euphemistically as "pleasure models"- and all of the physical labour that humans can't be bothered with. Through flipping the villains and heroes, Scott has created a story that has much to tell us about our own human failings and evils.

Let's start with the visuals, because JESUS FUCKING CHRIST are they beautiful. If I had to pick one movie just to look at, it would be Blade Runner. Scott imagines a future that is as dangerous as it is hypnotic and pleasing on the eyes. The story follows a cop played by Harrison Ford, who is called back in to become a blade runner once again; those who "retire" stray replicants. Through the film Deckard goes on a journey that will make him question everything in his life, most of all the murder of sentient beings who just want freedom. The great twist in Blade Runner is of course that Deckard is himself a replicant. This is seen more so in the Director's Cut and the perfect Final Cut, than in the original but the themes of painful discovery and self-awareness still exist in that version of the movie. This twist gives the movie a much deeper resonance, and raises questions of self-loathing and those who escape the horrors of inequality and slavery and pull the ladder up behind them.

There are many good performances in Blade Runner but the film would collapse without two: Harrison Ford and Rutger Hauer. The way they play off of each other in the final scenes of the film give Blade Runner much of its emotional oomph. Harrison Ford puts in the best performance of his career, giving Deckard a world weary and guilty quality that puts him up there with Humphrey Bogart's character in Key Largo or Elliott Gould's Marlowe in Altman's The Long Goodbye. Deckard is someone who really, really doesn't want to return to his job, but he has to. He is the only one for the job. This is Noir. Guilt drives Deckard to question the certainty of his life, and leads him down a road from which he can never return. Rutger Hauer gets to the heart of the replicant's soul. He just wants to understand why and where he came from. Yes, he kills people but he does this because of the great wrongs that have been done against him. 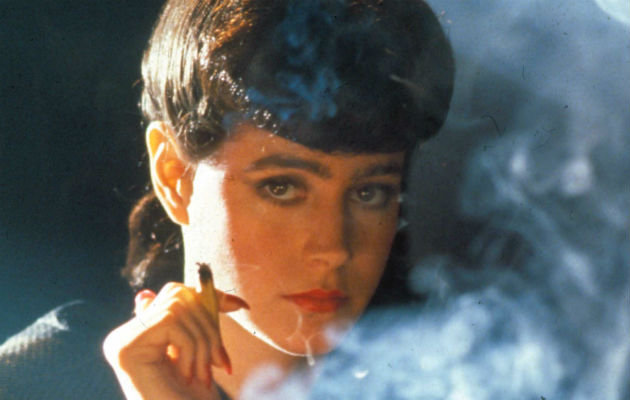 Sean Young is luminous as Rachael, a replicant who doesn't know she is a replicant. Her journey of discovery is devastating. Everything in her mind that she thought was hers, turns out to be implanted by her creators. This is something that resonates deeply with me, and I think anyone who has ever considered the question of free will and why we attach to those things we hold dear. I mean, do we love what we love because of some choice, or because it was inbuilt in us to love what we love? I'm not sure how it makes me feel to consider that everything I love might just be the design of my brain and soul, that I couldn't not love what I love. Maybe it's comforting, maybe it's scary, I'm not sure.

Blade Runner had a huge influence on many artists and its themes would become a bedrock of Science Fiction, particularly the responsibility of the creators over their creations and what is or is not sentient life. Kiss Land by The Weeknd took much from the film, right down to the visual style of the sublime single Belong To The World. The themes of what is or is not human also have great importance in analyzing the deeper meaning of the album. Janelle Monae, also has a lot of time for Blade Runner, influencing nearly everything about her persona as an electric lady. Have a look at the excellent Black Mirror episode Be Right Back and recognize so much of what Blade Runner had to say about life and death. Watch the gorgeous, underrated Prometheus and you will find Ridley return to the battle between creators and their creations. Damon Lindelof, the co-creator of Lost, found that this topic was what interested him most about returning to the world of Alien. Ridley has said that the Earth as seen in Blade Runner was the one that the characters in Alien came from, so it is an appropriate thing that they would also have an interest in the quest to find their creators, just as they wrestled with their own status as Gods.

Blade Runner is just as much a Noir film, as it is a Science Fiction. This explains why it has such a special place in my mind. Noir is, as we have previously discussed, about the realization that deep down you are a rotten person. When Deckard comes to the understanding that he has been killing his own brothers and sisters, it means he will never be the same again. Blade Runner is about how the evil you have been chasing has been inside of you all the time. It is up there with Bioshock Infinite, In a Lonely Place and Inherent Vice as diamonds of the genre. Here is a small bit of trivia: originally Deckard wore a classic Noir hat - think of Robert Mitchum in Out of the Past - but when he came to visit Ridley to discuss Blade Runner he was already wearing one from Indiana Jones. Ridley was apparently crestfallen that he couldn't use the hat he had cemented in his mind as an essential piece of wardrobe.

It is a strange thing to consider the lukewarm response to Blade Runner from critics at the time. Roger Ebert in particular didn't appreciate the beauty and depth of the movie until the Director's Cut was released. Even with the additional flaws of the theatrical cut, it is still a remarkable, stunning movie. The much maligned voice over gave the movie an even more Noir quality. The theatrical cut still got to the dark, beautiful heart of the thing. I mean, even if you were only looking at the film, surely the visual feast would be enough to recommend it, right? I know I would anyway.

Blade Runner is then a feast for the eyes and the soul. It has so much to say about humanity, about our failings, our shameful history with slavery and is a vision of the future at once enrapturing and at once scary as all hell. It has had a huge impact on Science Fiction, Noir and everything else that wants to tell a visually sumptuous, emotionally complex story. It will live for as long as there is cinema. Do yourself a favour and revisit this movie. The best Science Fiction ever put on film!