Why I Love Novacane 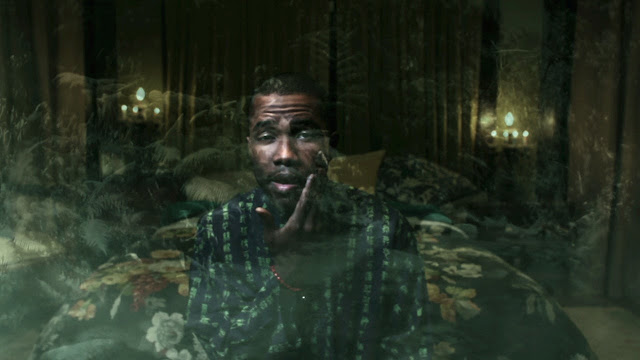 "I think I started something, I got what I wanted
Did-didn't I can't feel nothing, superhuman
Even when I'm fucking, Viagra popping
Every single record, autotuning
Zero emotion, muted emotion
Pitch corrected, computed emotion, uh-huh
I blame it on the model broad with the Hollywood smile, ow
Stripper booty and a rack like wow, Brain like Berkeley
Met her at Coachella
I went to see Jigga, she went to see Z Trip, perfect
I took a seat on the ice cold lawn
She handed me a ice blue bong, whatever
She said she wanna be a dentist really badly
She's in school paying
For tuition, doing porn in the Valley, at least you working
But, girl, I can't feel my face
What are we smoking anyway?
She said don't let the high go to waste
But can you taste a little taste

If there is one song that defines the new R&B movement, it is Novacane by Frank Ocean. It is the most astonishing song of his career and one of the best of the last decade. Its low down melancholia hits the heart full force and wraps the mind up in a hazy, drug fueled coma. It is a song about the state of music and R&B, prior to the revival, real feeling going out the window in favour of hit making music. It is about emotional isolation, protecting yourself from the pain of love. Drugs are an important part of Noir R&B. They are the way that the harsh nature of the world is made tolerable.

This is an interesting development in the genre as it throws away the need for black artists to appear respectable. In many ways this can be traced to the influence that Hip Hop culture has had on R&B, as well as the place that drugs have had in other genres, most notoriously in Rock. Instead of suits and dignified pronunciation, things are looser and more accurately reflect what it is to grow up Black. It is no surprise then that the new R&B scares white people a whole lot more than say The Temptations or The Stylistics did. Just look at how scared the self-proclaimed true fans of Brian Wilson were at the possibility of Ocean guesting on a song with the Beach Boys leader. This was a great shame as Frank Ocean would have done a spectacular job, per fucking usual. Where as Brian Wilson hasn't recorded something of worth since That Lucky Old Sun, Ocean is at the forefront of the new R&B, which is the place where the best music being made today is happening.

Frank Ocean is a consummate performer. His voice is among the best out there, replete with astonishing emotional weight. Just listen to the chorus and the way he nails the feeling of being loveless. He is numb through and through. This is contrasted with how moving the song is, and how much warmth there is to it, even while it is telling a tale of utter despair. Novacane is the need to soften the world's harsh nature, whether this is through the use of drugs or engaging in meaningless sex. It is interesting that the song's clever playing with the conventions of the genre, and its commentary on same, is ignored by people who wish to see it as proof that modern Black music is simply carnal and base and lacking any subtlety. Novacane is a song with hidden depths. It is a song that takes R&B and turns it upside down. It is a song about how R&B and Pop music have become soulless and mechanical. Just like the life he is describing, the reason for this is an overpowering ennui that has ravaged our souls. "Love me none, love me none, love me none, numb, numb, numb, numb."

The production by Tricky Stewart is as intricate and intriguing as anything by Doc McKinney for The Weeknd or the work of The-Dream. Low bassy synths bubble under and express the song's hypnotic, dreamy qualities. The video expresses this very well, distorting the features of Ocean and putting the audience off balance. The listener is made to feel like they are under anesthesia, in the sunken place of Get Out, looking up at a distant reality. Through expressing with such clarity the feeling of being removed and full of fear, it manages to make us feel like we are Ocean's fellow travelers, along for the ride and hoping to overcome our innate numbness and get back to a life that is real.