WHY I LOVE BILL EVANS 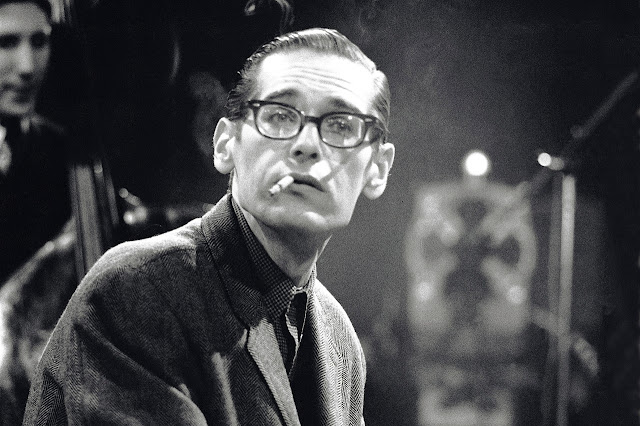 Along with Chet Baker, Bill Evans was among the earliest Jazz musicians that I properly engaged with. I remember going into Tower Records off Grafton St and buying the Tony Bennett/Bill Evans Album, and quickly falling love with both men's music. Since then, I have listened to many Jazz artists, but Bill Evans remains my favourite. Evans brought the Classical music of his training to Jazz, being influenced by such artists as Claude Debussy. Bill Evans' contributions to the genre of Jazz are formidable to consider, both as a leader of his famous trio and as a player on famous recordings led by Miles Davis, Cannonball Adderley and Chet Baker.

It bugs me when people try to analyze Jazz as an intellectual theorem. It's not, it's feeling. - Bill Evans

Bill Evans believed that everyone, no matter their education in music theory and practice, was in possession of what he called a Universal Musical Mind. One doesn't need to understand the technical details of why a player is better than another, in order to know that the heart and soul are moved by it. This philosophy is powerfully liberating. When I first began listening to Jazz, I was - quite reasonably - intimidated by the complexity and depth of musicianship of the artists. While I admit that I started with Vocal Jazz, it wasn't long before I stepped into pure instrumental music. I worried about how I was to know for sure if what I was listening to, was good or bad. To be confronted by a fearsome music snob, demanding to know why I loved that particular recording of Waltz For Debby and be lost for words. This is something that I feel prevents many people from branching out from their artistic comfort zones. Being critically minded means for many people to follow along with the gut reaction to reject all things on which one cannot get a firm handle. The fear of liking the "wrong" thing or even worse failing to hate the "right" one, is what drives too many people, and is a large reason why many people become stuck at the stage of cynical derision, thinking it lends them an air of authority and discernment. The greatest tragedy is not this small mindedness however, but of the amount of beautiful music that one is missing out on, by failing to take that initial leap of faith. The rewards are considerable.

The human being receives the pleasure from music, not from the argument over what it is. - Ornette Coleman

Bill Evans' career was not as long as it should have been, though admittedly longer than many other less fortunate artists who died terribly young. A drug problem, an all too common issue within the Jazz scene at that point in time, was the main culprit, though one should at no stage doubt Evans' overriding professionalism, producing quality recordings and live performances from his debut LP as leader in 1956, New Jazz Conceptions to his final studio recording, We Will Meet Again in 1979. With so many recordings in his catalogue, it took me a fairly long time to listen to it all. There are a few recordings here and there that were not available to me, which I hope to track down some day soon. My favourite albums by Bill Evans are, I have found, ones that are gentle, overpowering in their beauty. Everybody Digs Bill Evans, Alone, Undercurrent, Conversations With Myself, Moon Beams and of course the seminal Portrait in Jazz are all albums that have stuck with me down through the years.

It is a peculiar thing when one discards the normal hooks that dictate whether one can engage with a piece of music. Far too many are still stuck in lyrical analysis, believing that good music, by rights, should tell a decent story. Or rather, that it should tell one in a poetic way. Bill Evans' music tells many stories, from the bright lights and movement of the city, to a first touch of love, to desperate isolation and grief at losing that very love. The majority of these stories are told without words, though the song titles are often evocative expressions of the beauty within. "You and the Night and the Music", "On a Clear Day (You Can See Forever)", "Early Morning Mood", "I Hear a Rhapsody" and "Peace Piece" are particularly apt. Bill Evans' playing is such that it transforms the space in which it is listened. It is odd that one should so easily engage with it, without the need for a grounding in music theory, and to find one's own preferences arrive on cue, just as if with more readily understood genres.

Bill Evans collaborated with many people down through the years, including the previously mentioned Miles Davis - most famously on Davis' masterwork, Kind of Blue - as well as the great guitarist Jim Hall, and saxophone player, Cannonball Adderley. Evans' trio with bassist Scott LaFaro - who tragically died in 1961 in a car accident - and drummer Paul Motian would result in perhaps the greatest music of Evans' career, though only spanning four albums. These were two studio albums - Portrait in Jazz and Explorations - and two live albums - Sunday at the Village Vanguard and Waltz For Debby. These four albums are a masterclass in performance and greatly express the stunning interplay between all three musicians. It is a great shame that they would not have the opportunity to collaborate on more recordings together.

Bill Evans' music means a lot to me. Its beauty, its melancholic nature, its staggering musicianship and artistry are all things that stay with me, in my heart. Jazz does not seem on its surface to be a genre in  which one becomes so deeply enamored, so quickly, but Bill Evans' music proves that the genre is truly as open as any other, if one knows where to start. If one were to ask me for an introduction to his music or Jazz in general, I would direct them here.